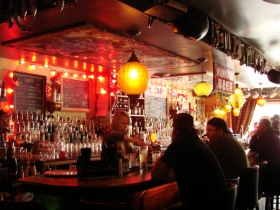 It was October 2006, back when “banks were still giving out loans to people with ideas,” as William Seidel puts it. That’s when he and his wife Jessica Seidel decided to buy the building that would become Burnhearts bar at 2599 S. Logan Avenue.

At the time, Bay View was up and coming and the location seemed ripe for the plucking. The Seidels lived only a few blocks away and both worked as bartenders, Jessica at the Nomad and William at the Palomino, so they knew the business well.

”We didn’t even think about it, we just did it,” he says. He was also touring in a band, Decibully, and Jessica was traveling back and forth to her homeland, Australia. “We wanted a place we could leave and come back to,” says William.

They originally thought it would be a turnkey operation but they found the previous owners had let the place go. So they spent roughly 8 months renovating the space, tearing down and adding walls, laying concrete flooring, fixing the electricity, renovating the basement, installing a walk-in cooler and more. “We spent a lot of sweat just ripping stuff out and putting stuff back in,” he says.

The bar was named after William’s paternal great grandmother and opened on June 8, 2007. “Our first year was awesome,” he recalls. “We were working our asses off.”

Tanya Bruski, a massage therapist and owner of Healium Massage and Wellness, also had her hands in the pot at the beginning as a business partner, but now she just bartends on occasion. “She’s a Burnhearts’ original, our turnover is pretty nonexistent,” says William.

The Burnhearts’ building had a long history of previous bars, from Carl’s, a supper club in the 40’s or 50’s, to a bar called Suds, a place called O’Brien’s Call Box (with a firefighter influence) and later Flanigan’s Call Box. It was also reputed to be a brothel/gambling parlor for some time, probably during Prohibition. 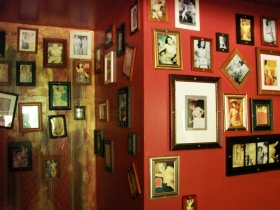 “It could all be sensationalized,” William say, but the couple decided to pick up on the brothel theme. Murals and nude photos of women can be seen throughout the establishment. The idea is to evoke “the sins of the past but in a more innocent way,” he says.

If the décor is a bit edgy, it remains true to Milwaukee drinking culture with old beer signage and whiskey barrels.

“So many bars are so masculine with bright neon lights and sports stuff hanging up,” Seidel observes. “That’s not who we are.”

His favorite part of the bar is the walk-in cooler. This is the “hidden world of Burnhearts,” he says, where he houses his collection of aging beers. “It’s an amazing collection,” he says. “There’s a whole world of beer out there that doesn’t need to be consumed fresh. Some of the best buy dates on those beers are 25 years old.”

He rotates them on a list he named Carl’s Private Stash in honor of the bar’s history. The list features imperial stouts, barley wines, strong ales and soured beers, and periodically a new one will pop up on the list. “It’s our own private stash,” he says. “There are many layers of beers here that you won’t even try for another year or two.” 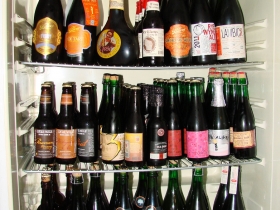 The full list of available drinks changes often and this past winter, so did the seating arrangement in the back when several booths and a banquette area were installed by Jason LaPerriere and partner, Steve Woods of Classic Carpentry Works Ltd. This opened up the space and provided more seating for patrons on the weekends. Seidel also added eight extra draft beer lines and redid all the others. Burnhearts has a total of 24 taps and two casks.

According to Seidel, they have been slowly redefining the bar since the recession, with more emphasis on showcasing craft beers. They are currently revamping their cocktail and spirit list. “This is heavy reading here,” Seidel quips, pointing out the many drink menus.

Katie Rose is the brains behind the bar’s cocktails and has been working at Burnhearts for four years, the last as bar manager.

She started out as a happy hour regular and was eventually coaxed into bartending by Jessica. She’s come to loves what she does. Creating a “well-rounded and carefully curated” drink menu has become one of her many jobs.

“We want our drinks to reflect how we feel and how the bar feels,” says Rose. “Our clientele is a very smart group of people…they like all kinds of things, so we try to have something for everyone.”

Rose grew up in Denmark, Wisconsin and moved here in 2001 to attend Marquette University. Previously, she had worked in marketing and then waiting tables at Chez Jacques. But she’s grown so passionate about the bar business that she now concocts drinks.

“My inspiration comes mostly from food and just tasting different spirits, trying to reflect them seasonally,” says Rose. “We don’t want to pigeonhole ourselves to anything in particular, so change is good with us.”

On June 29, the bar will host its sixth annual Burnhearts/Pabst Street Party and will be raising money for the Bay View Neighborhood Association. The fest will feature four local bands, a DJ, food vendors and a big craft fair.

Last winter, Burnhearts offered its first winter festival called Mitten Fest and now plans to do it annually to raise funds for the Hunger Task Force. This year the bar collected about 45 boxes of food and 30 bags of clothes.

And beer is their number one passion. “At the base of everything,” Seidel says, “we’re just a corner tap.” 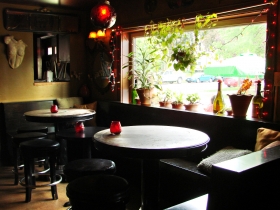 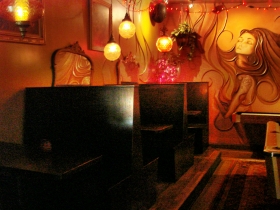 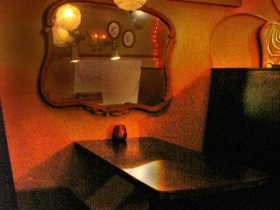 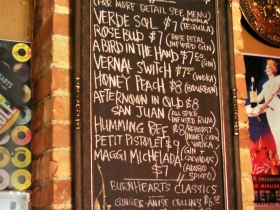 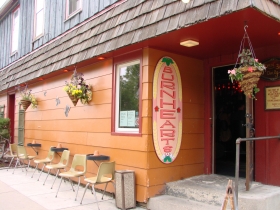