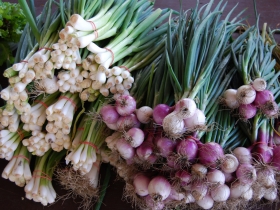 Assembly Bill 110 is wending through the Wisconsin State Legislature and, given the political realities in our state, it will probably pass. The bill will require food stamp recipients to spend at least two-thirds of their benefits on “healthy” foods such as bread, milk, and vegetables.

I think this bill is backed by good intentions. Potato chips, sodas, and other nutritionally empty convenience foods are everywhere these days, and the last people who should be eating them are the poor people of Wisconsin who don’t have health insurance or regular medical checkups.

But my ten years of trying to get more healthy foods into Milwaukee stomachs tells me that this bill overlooks a major issue. The food retail system in our inner city isn’t set up to deliver the goods. AB 110 is the equivalent of slapping a band-aid on skin cancer.

Corner convenience stores are the main food source for Milwaukee’s poor. Some stores do have fruits and vegetables, but are likely to be more expensive and of poorer quality, mainly because our nation’s produce distribution system is not geared to service the small mom-and-pop corner stores. Being poor means going without time saving conveniences that many of us take for granted. Not having a washing machine and dryer, for example, means wasting a good chunk of your Saturday at the coin operated Laundromat. Not having a car puts the better stocked and more affordable suburban grocers out of reach. Go into any Milwaukee convenience store and try to make a salad out of what you find there. You can’t. 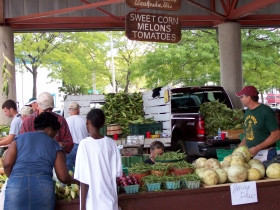 Leveling the food field is an enormous puzzle. But Milwaukee already has many of the pieces. Dozens of agencies like the Fondy Food Center are going at it from an array of angles, like urban gardens and peri-urban farms designed to supply the city with affordable produce, or linking urban vegetable production with corner stores. Just last year the City of Milwaukee’s Office of Environmental Sustainability created the HOME GR/OWN concept. The idea was pitched to the Bloomberg Philanthropies’ Mayors’ Challenge. While it didn’t win (Milwaukee came in sixth out of over 300 entries), the idea of “urban homesteading” to transform foreclosed properties into food production lots and aggregating veggies with a “food hub” to take advantage of the economies of scale holds so much promise that the city is trying to find funds from other sources to make it a reality. And the $200,000 price tag needed to launch HOMEGR/OWN is just a fraction of what it will cost Wisconsin grocers to overhaul their infrastructures to comply with this new food stamp bill.

But the most troubling aspect of AB 110 is the introduction of a coercive element to just one part of our population. As I learned the hard way when my spirited daughter turned two, resorting to coercion around something as basic as food is not a strategy for long term success. I’d like to live in a Milwaukee where people take responsibility for their health, where they eat vegetables not because they’ve been forced to, but because they want to. That’s what real change looks like. And everywhere I look on Milwaukee’s North Side, people are changing their diets. Two years ago the Fondy Farmers Market had to add a “Nontraditional” category to its annual Collard Greens Throwdown cooking contest to accommodate all of the entries that were vegetarian and salt free.

I also want a Milwaukee where people who make unhealthy dietary choices have to live with the consequences. But before we get to that level of personal responsibility, we need to ensure that the poor have exactly that – choices. Apples and broccoli need to be right next to candy bars and soda. As things stand now, healthy eating in the inner city won’t happen on a significant scale if it’s too much of a pain in the neck.

I understand that people want their tax dollars used wisely. Wisconsinites value frugality and stories of food stamps being spent frivolously on sodas fly in the face of these values. But even AB 110 supporters admit that they don’t have any data that shows what percentage of food stamps are being used for unhealthy purchases. The evidence behind this food stamp bill is purely anecdotal. But we do know that our federal government spends 20 billion dollars each year to prop up the price of commodity crops like corn, wheat, and soybeans. These tax-funded pricing supports hide the true cost of food and make it possible to sell a 390-calorie double cheeseburger for one dollar and still make a profit. That is what the people of Wisconsin should be upset about.

If the bill passes, Wisconsin will apply to the US Department of Agriculture for a waiver to enact these changes to the federal food stamp program. History says this waiver won’t be approved. Minnesota tried in 2004 and New York City in 2010. Both times the requests were denied because “healthy food” is impossible to define.

And so we will be back to where we started, only worse. Assembly Bill 110 is a wedge that will only widen Wisconsin’s Gulf of Misunderstanding between the haves and have-nots. It’s a bill that is well intentioned but based on myths. It’s help that does not help, and anyone that’s tried to feed a family off of food stamps will see that in an instant.

What saddens me the most is how much the people on each side of this gulf don’t know each other. It’s time to start a new conversation.