A new professional group for women in a city where less than one percent of the population is Native American.

By Courtney Perry, Milwaukee Neighborhood News Service - May 9th, 2013 10:34 am
Get a daily rundown of the top stories on Urban Milwaukee 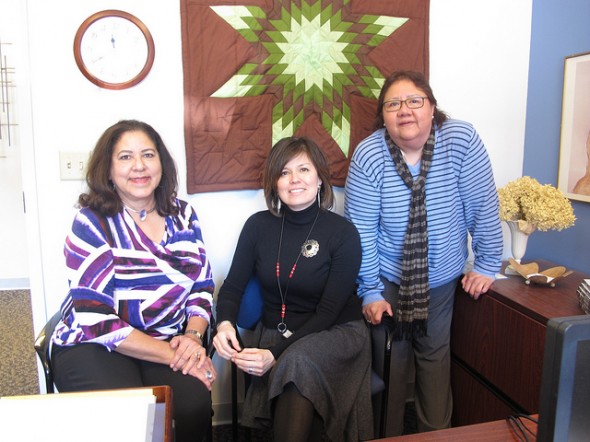 Richanda Kaquatosh grew up on the Menominee Indian reservation, the youngest of nine children. When she was 10, her family moved to Milwaukee, away from her childhood friends. But the challenges of being uprooted and shy were offset for Kaquatosh by the influence of her mother.

“I had a very strong mother (and) mentor who was pro-education,” said Kaquatosh.

Her mother and other mentors she found along the way supported her pursuit of a bachelor’s degree at Alverno College and a master’s at Cardinal Stritch University. Now the coordinator of Milwaukee Public Schools’ First Nation Studies program, Kaquatosh is launching an organization to help Native American women and girls and build her community.

“I had women mentors (who) helped me grow and become successful, so I think we need to do that for our girls,” Kaquatosh said. Working with young and adult women is the group’s main focus because “there are a lot of unhealthy behaviors … going on out there that we can address,” she said. 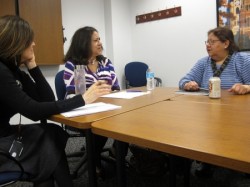 “All of us have this capacity within us, which really binds us together, to see that our young Native women need leadership support, ” Schram said.

The group members stressed the importance of passing down knowledge they received from other Native women to strengthen bonds in the community.

The Native American population is one of the smallest ethnic groups in Milwaukee, making up just 0.9 percent of the population according to the 2010 U.S. Census. That is one of the reasons the founders established the group.

“Native people are looking for information to come together. They need something to relate to,” said Dordel.

The women said they feel a strong connection between themselves and the community. “It’s a magnetic pull. It’s palpable,” Schram said.

Still in what Schram describes as its “humble beginnings,” the group hopes to establish a scholarship for young women, bring various Native communities together and work with colleges to raise awareness of Native American history.

The group would also like to expand its membership and, eventually, develop it into a national organization.

The women said they believe that, overall, it is important to support one another as women and not limit the group’s possibilities. Said Dordel, “I don’t think we should put any limits on what we do and what we plan and just keep moving forward.”