How Good Are City’s After-School Programs?

New study by the Public Policy Forum finds strengths and weaknesses in programs for kids.

By Edgar Mendez, Milwaukee Neighborhood News Service - May 8th, 2013 09:50 am
Get a daily rundown of the top stories on Urban Milwaukee 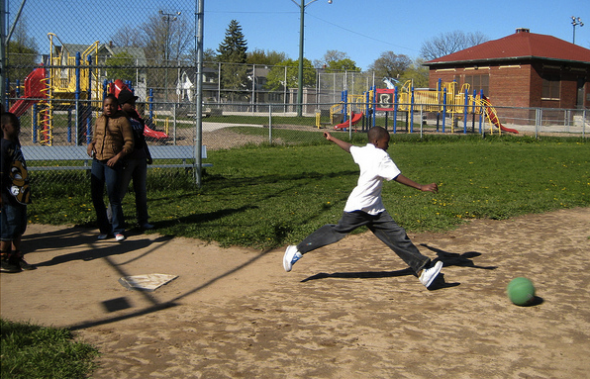 A Public Policy Forum (PPF) study of eight central city Milwaukee after-school program sites found that those with strong connections to schools and surrounding neighborhoods were best positioned to meet the needs of parents and students.

The analysis is part of a larger study examining the quality of hundreds of Milwaukee after-school programs and investigating policy barriers to quality improvements, according to Anneliese Dickman, research director at the PPF. Parents of children who participate or have recently participated in after-school programs were concerned about safety, convenience and the availability of engaging and structured activities, according to the report.

The report also states that parents who viewed their children’s after-school programs as low quality felt there needed to be better training for program staff. According to Quentin Prince, coordinator of the Community Learning Center (CLC) at Longfellow School, his staff is continuously trained as rigorously as a teacher would be.

“They receive professional development training throughout the year,” said Prince.

Community Learning Centers is a program of the Milwaukee Public Schools Department of Recreation & Community Services.

The next phase of the study will look at professional development opportunities for after-school staff, according to Dickman. The study found that most parents were pleased with the quality and amount of programming available at the after-school sites located within five Local Initiative Support Corporation (LISC) neighborhoods including Harambee, Washington Park and Clarke Square. LISC is a national organization working to revitalize distressed urban areas. 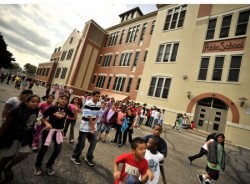 The CLC site at Longfellow Elementary School offers academic enrichment, arts and music, drug and violence prevention and other programming.

Many parents said the programs had helped their children improve relationships with friends, social behaviors and self-confidence. The after-school programs studied included Community Learning Centers operating in partnerships with community organizations and district-operated or school-based programs.

Parents at South Side sites said the best aspects of those programs were their proximity and convenience, while North Side parents were more likely to consider quality of programming as the programs’ greatest strength.

Parents of middle and high school students cited a lack of safe and engaging after-school programs available to their children. Specifically, they said programming should include activities that were interesting to older students, but would also help them develop job and life skills.

Other concerns included costs. Parents felt strongly that after-school programs should be affordable or free. They did not think that costs for quality improvement should be passed on to parents, though nearly all parents surveyed said they were not being charged for the programs.

Longfellow’s CLC program does combine day school and after-school programming, according to Prince.

“We see our program as a continuation of the school day,” he said.

His staff works with teachers to create a pacing guide that ensures the lessons taught during the day are reinforced after school, he added.

Overall, parents see a strong correlation between the strength of relationships between schools and after-school programs and their children’s academic progress.

The study remarks that any changes to after-school programming should carefully consider affordability, convenience, safety and transportation to increase their appeal to parents of Milwaukee-area youth.

The next phase of the PPF study will look at supply and demand. We already know, Dickman said, that location is a big factor when choosing a program. “Most parents said they did not consider more than one program.”

One thought on “How Good Are City’s After-School Programs?”