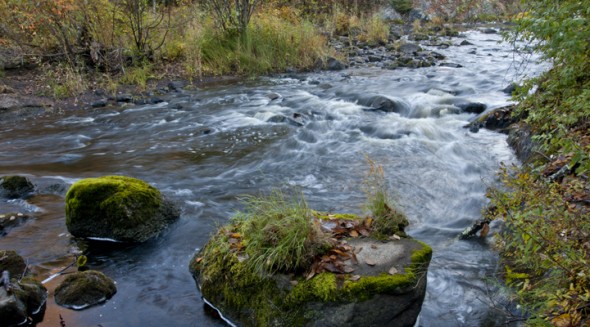 In 1969, the Flambeau deposit of copper, gold and silver was discovered near Ladysmith in Rusk County. In January 1991, the state granted a mining permit to Kennecott/Rio Tinto. While the Ojibwe and sport fishing groups had been in conflict over spearfishing treaty rights, they were united in opposition to the mine. Kermit Benson, speaking for the 6,000 members of the sport-fishing group Muskies Inc., warned that the mine would pose a threat to the fishery of the Flambeau River. Environmentalists with The Wisconsin Sierra Club joined the cause, and together with the Lac Courte Oreilles Ojibwe sued the state and won an injunction in July 1991 against further mine construction. They were able to show the mining permit was issued based upon a environmental impact statement that covered up the existence of several endangered species near the mine site. But when the DNR completed an amended statement remedying that problem, the injunction was lifted. The mine operated from 1993-1997 and then shut down, having quickly extracted the richest grades of ore.

Lobbyists have cited this mine as proof that mining can be done safely in Wisconsin. But U.S. District Judge Barbara Crabb recently ruled that the Flambeau Mining Company violated the Clean Water Act on numerous counts. The Wisconsin DNR recently completed an investigation of water quality at the Flambeau Mine site and recommended that “Stream C,” a tributary of the Flambeau River into which Flambeau Mining Company has been discharging polluted runoff from the mine site since 1999, be included on its list of “impaired” waters for acute aquatic toxicity caused by copper and zinc.

Other proposed mines — at the Lynne site in Oneida County near the Willow Flowage, and the Crandon site in Forest County — were defeated when the Lac du Flambeau and Mole Lake Ojibwe tribes formed alliances with environmental groups and other groups to oppose these projects. One of the critical turning points in the 28-year conflict over the Crandon mine occurred in 1995 when the U.S. EPA recognized the sovereign authority of the Mole Lake Ojibwe to regulate water quality on their reservation. The tribe’s wild rice beds were just a mile downstream from the proposed Crandon mine, and wild rice is a sacred plant for the Ojibwe and an important food source. The EPA decision meant that tribal regulatory authority would affect all industrial and municipal facilities upstream of a reservation, including the proposed mine.

Wisconsin Attorney General James Doyle immediately sued the EPA and the tribe in federal court, demanding that the federal government reverse its decision recognizing the tribe’s right to set their own water quality standards, which may be stronger than Wisconsin’s standards. In April 1999, the U.S. District Court in Milwaukee dismissed the Wisconsin lawsuit and upheld the tribe’s right to establish water quality standards to protect its wild rice beds.

The state appealed the decision. The Crandon Mining Company, a joint venture between Exxon and Rio Algom of Canada, joined the state’s suit as a “friend of the court.” Four townships downstream from the proposed mine signed on as “friends of the court” on the side of the EPA and the tribe. They put their trust in the tribe rather than the state of Wisconsin to protect the Wolf River watershed from mine pollution. In June 2002, the U.S. Supreme Court refused to hear Wisconsin’s appeal and let stand the lower court decision. In October 2003, the Mole Lake Ojibwe and Forest County Potawatomi tribal leaders announced that these two neighboring tribes had jointly purchased the 5,000-acre Crandon mine property and declared the area a conservation zone off limits to mining. 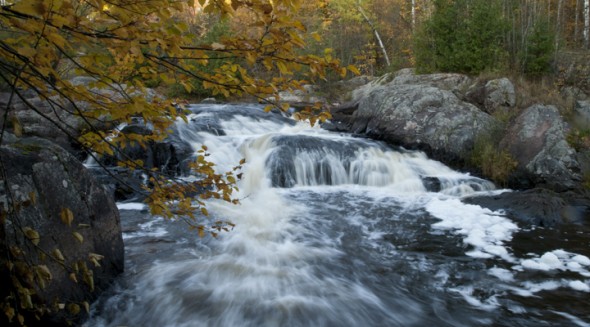 During this same period, the Bad River Ojibwe demonstrated how the exercise of tribal sovereignty was essential to the protection not only of reservation resources but those of the entire Lake Superior watershed. In 1996 the Bad River Ogitchida (Protectors of the People) blockaded trains traveling through their reservation and supplying sulfuric acid to a copper mine in Michigan’s Upper Peninsula. The Ogitchida were concerned that a spill from tankers would poison their reservation water and the largest wild rice stand in the Great Lakes region.

But they were equally concerned about the mining company’s proposal to inject 550 million gallons of acid into underground mine tunnels only five miles from Lake Superior. The Ogitchida won their demands for an inspection and repair of rail lines in Ojibwe territory and a full environmental assessment of the acid solution mine project. The blockade and the assertion of tribal sovereignty protected reservation resources and led the Copper Range Company to withdraw its application for underground acid injection at its White Pine copper mine. Once again, the Ojibwe acted to defend the environmental commons of the Lake Superior region.