Shot by an AK 47, a Vietnam vet survived countless operations to become an artist, teacher and veterans leader. 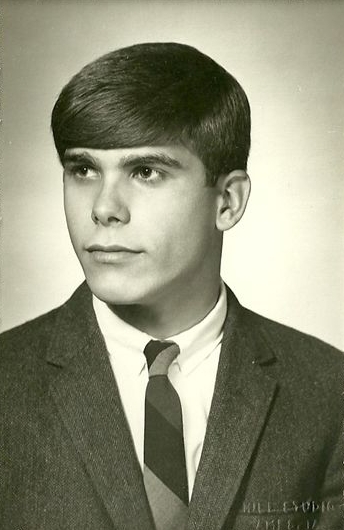 Three million guys went to Vietnam. Mark E. Foreman was but one. His grandchildren, Katie and Joey, will be able to read Grandpa Mark’s memoirs about how, decades later, he’s healing his physical and mental wounds. He views his experiences as an amazing “gift,” but the price tag was high.

Born on October 16, 1947, Foreman was raised in Ames, Iowa, the kind of Norman Rockwell town where a kid could damn a creek, build a tree-house, and in summer’s heat, capture garter snakes in half-gallon milk jugs and not come home until the street lights went on. His dad was a plumber; his mom a housewife who raised four children, and gave Foreman the middle name of Edsel, after the famously unsuccessful Ford automobile.

He graduated from Ames Senior High in 1966, a fan of art, gym and recess whose grades were nothing to brag about. College was not an option, so after a brief stint working for the Chicago & Northwestern railroad, he found himself back home in Ames, a university town where students were burning draft cards and contemplating life in Canada. But his parents held “God & Country” beliefs (his father served in the Navy during WWII and his mom was a fundamentalist), so Mark decided to enlist in the Navy, figuring he’d be safer on a ship than in the jungles of Vietnam. 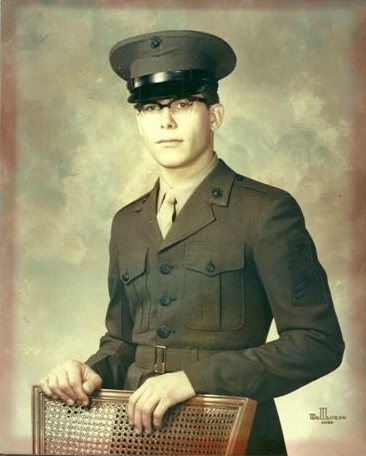 But the military had other plans for him. He began a new life with 60 other recruits who arrived at the San Diego Naval Training Center and was trained as a medical corpsman, but (surprise!), emerged as a Marine, a component, he explains, of the Navy. He passed his Corps School, and then came the thick of it, when he arrived on March 30, 1968 in Da Nang, Vietnam, and shortly thereafter, into a battle known as “Operation Houston II.” There, his life and that of 80 other Marines were forever changed (or extinguished), on a mountainous, green hell where the ground was too rocky to dig foxholes. His memoirs tell of six days and five nights “where only twenty Marines were able to walk out, and the rest,” he says, “were either dead, wounded, or had gone mad.” It’s surreal, but if you Google “Operation Houston II”, you can read all about it. www.combatwife.net/NVABaseCamp.htm Like a bad movie starring John Wayne (another Iowan), war is best viewed from a distance.

Foreman was 165 pounds when he was sent to Vietnam, but after Houston II weighed 98 pounds. Shot in the right hip with a high powered Russian-made rifle (AK47), by a bullet he says travels at 1200 mph, he lay on the mountain for five days, his wound festering, before a Medivac copter lifted him up and out and into a field hospital that itself was under rocket attack by the North Vietnamese Army. His initial surgery was interrupted three times by rocket attacks. Morphine became his best friend.

When he was stabilized, he was sent to a hospital in Japan to endure ten more surgeries to deal with infected bone, muscle, and metal fragments. 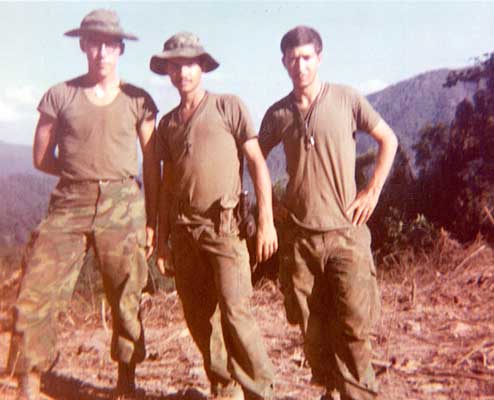 His uniform for the next eight months was a white plaster body cast. Removed from morphine (he was an addict), he tried to kill himself by wrapping a call cord around his neck, a cord intended to alert nearby nurses who had seen the same scene many times over. He didn’t succeed.

It was those thoughts, and meditation, that eventually gave him the will to live. Flown to our shores, he spent five months at Bethesda Naval Hospital in Bethesda, Maryland, where his wound was grafted with skin from his thigh. His rampant infection was never totally controlled, instead it lay dormant for more than two decades before rearing its ugly head and sending him to the Mayo Clinic in Rochester, Minnesota for more surgery and three more months in a body cast.

Another hospital, the Veterans Administration hospital in Des Moines, Iowa, put him closer to family and friends, for he was only 30 miles from where he grew up building forts and digging foxholes for faux war games.

And the “gift” that he could never have imagined would unfold? Perhaps it was time itself…

Following a medical discharge from the service, in the spring of 1969, he attended one quarter at Iowa State University, but says the campus was too big to get around on crutches, so he transferred to Iowa’s Boone Junior College for a year before attending the Chicago Academy of Fine Arts in the fall of 1970. A year later he transferred to the Layton School of Art and Design in Milwaukee (1971-73), and in 1974 spent a year at the Minneapolis College of Art and Design.

For a decade (1972-1982), he worked at the art of stone carving, exhibiting his work at the now defunct cooperative, Sight 225 on Farwell Avenue. He earned his BA in Fine Art, plus a Teaching Certification from UW-Milwaukee and in 1985 was hired as an Art Specialist for the Milwaukee Public Schools, where he taught at six different schools, but primarily at 8lst St. School.

Retired from MPS in 2005, he soon became disenchanted with golfing and bicycling every day. “I wanted to do something meaningful for my Milwaukee community, especially the homeless veterans,” he says. As a member of the Milwaukee chapter of Veterans For Peace (since 2004), he thought perhaps that organization could help homeless veterans who were living on the streets of Milwaukee. 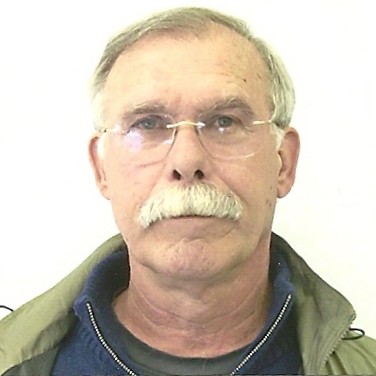 And so it was, that in 2008, Foreman, along with fellow Vietnam vet Dennis Johnson, co-founded the Homeless Veterans Initiative, under the auspices of the non-profit Veterans For Peace. The new group raised money to provide temporary housing, food, clothing, transportation, and outreach for the homeless veterans, and it works hard to locate veterans who can sometimes disappear. “It was a time-consuming outreach effort fueled by looking in food pantries, parks, under bridges, and in abandoned factory buildings,” Foreman says.

Repairers of the Breach, a homeless day center in Milwaukee under the direction of another Iowan, Macannon Brown, offered to share their space as a place to analyze the needs of homeless vets. With a solid board in place, the Homeless Veterans Initiative has established a broad range of services: temporary housing, a food pantry, furniture and clothing programs, and an outreach program which Foreman is heavily involved in, not only from the perspective of locating housing for homeless veterans, but also by helping them receive many benefits from the Veterans Administration that they otherwise wouldn’t have known about. He serves on the National Board of Directors of Veterans For Peace, and is closely aligned with the Milwaukee Veterans Administration.

And so it is, out of the green hell of a hill in Vietnam, Foreman survived to return home. The website for the Homeless Veterans Initiative is www.mkehomelessvets.org….a gift that took years to unwrap, and like the best of presents, one worth waiting for. “It’s all about the importance of love,” he says.