The 141-Year-History of Puddler’s Hall

“Pretty much everyone around here has at least heard of it,” says customer Chris Purdy, speaking of Bay View’s Puddler’s Hall tavern. They often call it “that green building,” he notes.  The forest green building with maroon trim at 2461 S. St. Clair St., is Milwaukee’s second oldest tavern and a cornerstone of Bay View history. 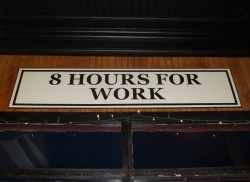 Built in 1872, the building was established as a union hall by the Milwaukee Iron Company iron workers – the “puddlers” and boilers – and used for everything from meetings to concerts to celebrations. In 1886, Bay View iron workers found themselves at the center of both the national and Wisconsin labor movements, as thousands went on strike, demanding eight-hour work days. On May 5, Wisconsin Governor Jeremiah Rusk called in the state’s National Guard, and the confrontation ended with the deaths of seven people. The Bay View Tragedy is often cited as the bloodiest event in the history of Wisconsin’s labor movement.

Just a few years later, in 1892, the union sold the hall to the Falk, Jung and Borchert Brewing Co., which was eventually absorbed by the Pabst Brewing Co., which  converted the building into a tavern that year. It remained a Pabst tavern until 1921, when it was sold to Frank and Mary Barbieri, who added the dance hall and turned it into the Barbieri Dance Hall, which ran until 1979. After that, the tavern went through a succession of different names – including Potter’s Tavern, Mardee’s Party and Sue’s Bay View Bandwagon – before Tim Capper took over in 2002, naming it Puddler’s Hall in order to invoke the building’s history.

Capper completely gutted the building, replacing the floors and ceiling, painting walls, refurbishing the bar and re-doing the kitchen area. He went with an historical theme, collecting photos of the mill and early Bay View leaders and community members. In 2011, Casey Foltz took over running the tavern after negotiating a partnership with the building’s owner, Cele Stepke. Foltz has been tackling one task after another ever since. 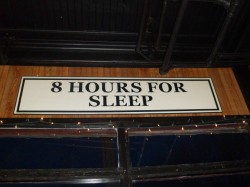 “When I moved in, there was almost nothing except the pictures,” Foltz explains. He took out the bar in the tavern’s dance hall area, did some more painting, replaced all of the equipment behind the bar and purchased some new furniture. “It’s a 140-year-old building,” he says. “There’s always something that needs to be worked on.” Foltz has recently been fixing up the stage. He also just purchased some seats from the Avalon Theater auction and plans to refurbish them and put them outside the women’s bathroom. He also hopes to find an old photo of the movie theater to hang outside the bathroom in an effort to jazz up that part of the tavern.

An avid home brewer, Foltz also hopes to turn Puddler’s Hall into a brew pub. Aside from the location’s historical aspect and the fact that he only lives six blocks away, Foltz says the size of the building also added appeal since it could facilitate his hobby. He says the operation will be very small scale, with only one barrel. He already has some of the equipment, but still needs to purchase more, as well as work out the licensing. Once the project gets underway, Foltz says he won’t be lacking for help or advice. Many of his customers work for the Miller, Milwaukee, Lakefront and Water Street Breweries. “Bay View happens to be the home of a lot of brewery workers,” he says. He hopes to start brewing soon, but the process has taken longer than expected. “After I took over, I quickly realized all that running a bar entails,” Foltz says.

Foltz actually has a day job, as an IT manager at Robert W. Baird. However, he still manages to spend a good 20 to 40 hours at the tavern each week, working on payroll, marketing or various improvement projects, but rarely behind the bar. And that’s okay with him. “When we first opened,” he recalls, “I was still waiting on some bartenders to get their licenses. I ended up behind the bar and worked a couple 100 hour weeks. It’s something I don’t ever want to do again.” Still, after four months of such work to get the place going, he says, “there was a real sense of pride.” 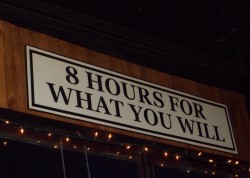 Eight hours for what you will. Photo by Audrey Jean Posten.

“Casey’s a very untypical bar owner,” says Danny Boyle, who deems himself the number one regular at Puddler’s Hall. “He treats it like a business. You can see that in the fact he has the beer club and something different going on all the time.” Invoking the building’s labor history, Puddler’s Hall has three signs hanging above the front windows, reading respectively, “Eight hours for work. Eight hours for sleep. Eight hours for what you will.” Jen Smerchek takes that literally. “If I’m not at work or in bed,” she jokes, “I’m here.” Puddler’s Hall offers plenty of opportunities for “what you will.” Monday nights feature a bean bag league, Tuesday nights boast a jam session of roughly 20 guitarists, with the meeting of the Milwaukee Guitar Club, Wednesday nights feature a beer club and Thursdays a table tennis league. Some nights also feature karaoke or live music.

“There are advantages to ping pong,” says Foltz. “You can roll up the table and move it to make room for other things. You can’t do that with a pool table.” Plus, he says, “You get a different crowd with ping pong.” Purdy plays in the league though he says he’s been “getting smoked.” It’s part of the fun at the low-stress bar, he adds. “People take pride in this place. We pretty much meet most of our neighbors here,” he says. Boyle agrees. “The people who come here are nice, hardworking people,” he says. “There’s no drama, no bullshit.” 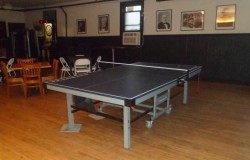 The neighborhood does makes a difference, Foltz says. “A lot of my customers are from the community. This neighborhood is great at supporting local businesses.” Foltz also gives major credit to his wife, setting an example for husbands everywhere: “My wife is a very forgiving person. Me doing this is like a second job. Without her being open to it, it wouldn’t be possible.”