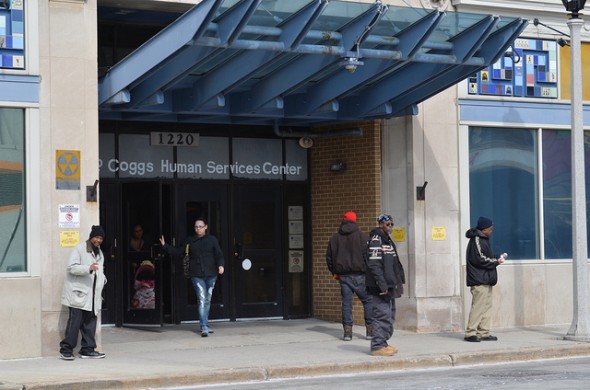 Thousands of Milwaukee residents living in poverty may be required to participate in a job-training program to receive food stamps if a proposal by Gov. Scott Walker is approved as part of the upcoming state budget.

In his 2013-15 biennial budget proposal, the Republican governor calls for FoodShare recipients who are able-bodied, not pregnant and not a parent of a child under 18 to participate in the FoodShare employment and training program.

Under Walker’s proposal, the state would use the federal Supplemental Nutritional Assistance Program eligibility guidelines. SNAP, which funds FoodShare, limits recipients who fail to participate in the job training program to three months of benefits every three years.

Sherrie Tussler, the executive director of the Hunger Task Force, is concerned that Walker’s proposal will ultimately create more hunger in the Milwaukee area.

“If people failed to participate and their cases were closed, that would mean they would become completely dependent on charity,” said Tussler, whose organization supplies all of the soup kitchens, homeless shelters and food pantries in Milwaukee County.

According to the governor’s office, 75,878 FoodShare recipients are able-bodied individuals without dependents.

Tussler estimated about 27,000 FoodShare recipients in the Milwaukee area will be impacted. However, she noted that it is challenging to figure out exactly how many people would really be affected.

“The state of Wisconsin has refused to provide us with any other information other than to say that the program will be robust,” she said.

As he stood waiting for a bus near the Coggs Human Service Center, unemployed FoodShare recipient Gregory Jones, 54, said he opposes the proposal because the end result is still a low-paying job that is typically temporary. He’d prefer to find a full-time job on his own.

“You’ve got eat and you’ve got have housing. Getting food stamps is a good thing, but you got to have somewhere to cook the food,” said Jones, who gets $14 in food stamps a month.

Officials in the governor’s office were not available for comment.

Since 2008, Wisconsin has made the employment and training program voluntary. Walker’s proposal would require recipients to participate in a work program at least 20 hours a week, according to a Wisconsin Legislative Fiscal Bureau document published in January.

“My workforce development package provides a hand up to those who are able to work—not simply a hand out,” Walker said in a Feb.10 document in which he vowed to earmark $33 million to the employment and training program.

Daryl Wilson, a 41-year-old FoodShare recipient, doesn’t object to the program. “A person has got to want to help themselves,” said Wilson while standing outside of the Coggs Center.

15 thoughts on “Thousands Could Lose Food Stamps Under Walker Proposal”