Bavarian-style bar is based on Hofbrauhaus, with strictly authentic beer and pretzels.

With the arrival of German immigrants beginning in 1839, Milwaukee was quickly infused with new political views, industry and culture, making it the “German Athens of America.” According to the Milwaukee County Historical Society, by 1880, native Germans accounted for 27 percent of the city’s population, which was the highest concentration of one immigrant group in any American city at the time. The Milwaukee Public Television special, “The Making of Milwaukee,” claims that, as of 2000, nearly 38 percent of the Milwaukee metro area still claims at least some German ancestry.

However, looking around at Milwaukee’s tavern scene, Hans Weissgerber III, owner of the Old German Beer Hall, says no one would know it. “I was always told Milwaukee was the most German city in America,” says Weissgerber. “But I looked around and it seemed to be less and less German. I saw these Irish pubs opening up. It just seemed like there was something missing.”

There was a lot missing. Prohibition and the two world wars fought against Germany were hard on German culture. Even Milwaukee’s strong ethnic heritage was no match for the anti-German sentiment that pervaded the country. As a result, many of the city’s German establishments either disappeared or simply assimilated into the broader city culture.

After visiting Germany as a child, as well as working in the German wine industry, Weissgerber came to appreciate the Bavarian lifestyle. He has visited Munich and its Oktoberfest celebration a number of times. That’s when an idea began to form. “I was seeing a lot of parallels between Milwaukee heritage and modern Munich,” Weissgerber recalls. So, in 2005, in an effort to re-entrench the Germanic lifestyle, the Old German Beer Hall opened. 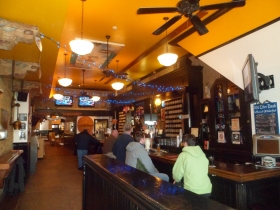 View of the Old German Beer hall from the doorway. Photo by Audrey Jean Posten.

At 1009 N. Old World Third St., the bar is located in the heart of what once was the German part of downtown. The Weissgerber family, which runs a number of other operations around the Milwaukee metro area, also helped privately fund the first section of the nearby Riverwalk, so Weissgerber felt the area was a good fit.

Inspired by Munich’s Hofbrauhaus, one of the world’s most famous beer halls, the Old German Beer Hall offers what Weissgerber calls a “snapshot” of the original. Munich’s Hofbrauhaus can hold roughly 5,000 people, while the Milwaukee bar holds only 125. There are other Hofbrau locations throughout the world, including Europe, Asia, Australia, and other cities in the United States. Weissgerber says there are two different types of Hofbrau establishments. The first is a flagship Hofbrauhaus, which means it seats 600 to 800 people and is a near to scale replication of the “schwemme” in Munich, the part of the beer hall that holds a large number of guests. There are flagship locations in Cincinnati, Chicago, Pittsburgh and Las Vegas. The second type of establishment is a beer hall or garden, seating 125 to 600 people. Along with Milwaukee’s, other versions can be found in Miami and Panama City Beach.

But don’t expect locations to open everywhere. “The brewery in Munich is owned by the state of Bavaria and the German people,” Weissgerber explains. “There’s no ambition to brand for the sake of profit growth.” Hofbrau only opens in communities it feels can best represent the brand. Weissgerber spent years cultivating a relationship with the Munich Hofbrauhaus before the Old German Beer Hall opened. In the summer of 2012, he helped spread the German Beer Hall name by working with Milwaukee County to open a beer garden in Estabrook Park. Weissgerber says a long-term contract is currently being finalized and that the park will now house more permanent restaurant facilities.

One of the Old German Beer Hall’s development strategies is authenticity and simplicity. “We make the music, layout and some food adaptable to suit local tastes, but the core items must remain authentic or there’s no point,” says Weissgerber. Those core items include the beer and pretzels. Brewed in Munich, all of the beer served at the Old German Beer Hall is 100 percent authentic. The giant pretzels are also made in Munich with flour from the Royal Bavarian Mill.

When the Old German Beer Hall opened, Weissgerber says there was never any question that the sausage would come from Usinger’s, located just across the street. Through its other restaurant operations, the Weissgerber family has been involved with Usinger’s for over 40 years. Usinger’s has been making them custom sausage for 20 years. “Usinger’s never has to deliver to us,” Weissgerber remarks. “Someone just walks across the street and gets it fresh on a daily basis.”

Weissgerber says the front part of the Old German Beer Hall is more modern. In Germany, he says, drinking venues rarely have bars. However, he knew that was one area where Milwaukeeans would not be willing to compromise. Nevertheless, the front room is filled with decorative German steins and mounted animals. Regulars sitting at the bar break out in song to the German music playing in the background or even begin their own rendition of “Roll out the Barrel.” It is the back room, however, with its long, communal tables, that stays tries to the Munich location. The walls are covered in painted murals and German words. A stage sits waiting for a polka band. 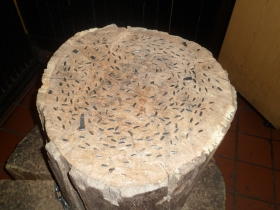 Top of the hammerschlagen stump. Photo by Audrey Jean Posten.

In the back room, patrons can also find a tree stump. With nails pounded into the top and a hammer chained to the base, it looks like it might be a torture device meant to punish unwitting drunks. Actually, it’s a game called hammerschlagen. Customers buy nails from a server, then take turns pounding the nail into the top of the stump. The last person to fully embed his or her nail in the trunk has to buy the others a shot. Regular partron Ron Renken says the key to victory is to drive the nail in on the grain, where the wood is already starting to crack. Just be careful not to bend the nail, because you automatically lose. The Old German Beer Hall usually goes through one stump every two weeks. There have been hundreds since it first opened. According to Weissgerber and bartender Greg Brundage, injuries have actually been minimal.

“Free Beer Fridays” is another Old German Beer Hall tradition. Every Friday at 6:00 p.m., a keg is tapped, and everyone in attendance gets free beer. Whoever gets the last beer from the keg then gets free beer all night. “It’s a great way to kick off Friday night,” Brundage says. “Most bars don’t get busy until 9 or 10 p.m. We’re busy at 6.” Between “Free Beer Fridays,” ceremonial keg tappings and festivals, Weissgerber estimates the Old German Beer Hall gives away at least 100 kegs of beer every year. 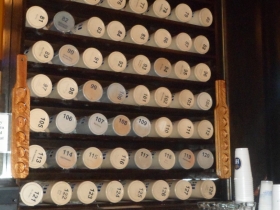 The Old German Beer Hall also has a stein club that meets every Tuesday night. Each member is assigned one of the numbered steins displayed behind the bar and can receive rewards or gifts by hitting certain liter milestones. For example, after hitting 75 liters of beer, the member gets his or her name engraved on the stein. After 100 liters, the name is engraved on a plaque that hangs below the “Liter Board.” This board hangs in the front room and keeps track of the all-time liter leaders, as well as the leaders for each month. The all-time leader has nearly 2,000 liters. “Just think,” says Brundage, “that’s 40 barrels of beer.” The club has a 300 member limit, but spots frequently open up when members have a 6-month period of inactivity prior to reaching the 75-liter mark. Renken is a member of the Stein Club and is fourth on the monthly liter board. He says the all-time leaders are mostly six to seven-year members. The club boasts a varied age range of both men and women.

Weissgerber is proud of the fact that the Old German Beer Hall has become nationally known. It has been featured on Larry the Cable Guy’s “Only in America” on the History Channel, as well as on Andrew Zimmern’s “Bizarre Foods” and “Sausage Paradise” on the Travel Channel. “It’s great to own a business and see it represented throughout the world,” Weissgerber says. “I enjoy flipping through the channels and seeing our customers and Milwaukee represented.” 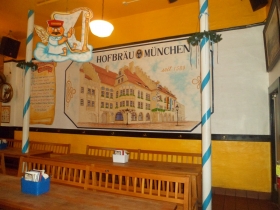 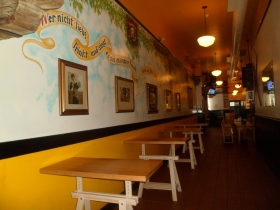 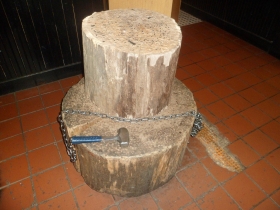 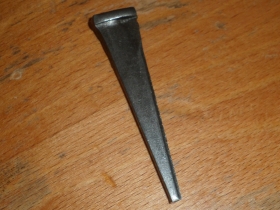 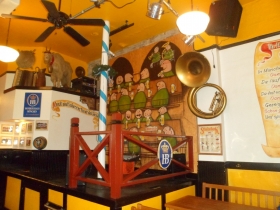