His home is nearly 5,000 square feet. His lot is bigger than Miller Park's playing field. Yes, the rich are different.

Allan Huber “Bud” Selig and his home have much in common. They both came from humble origins yet took on elements of grandeur over time, eventually becoming unrecognizable from their former selves.

Selig went from selling used Fords to becoming the Lincoln of Major League Baseball, where he earns over $22 million per year as commissioner, or more than all but five players. [Bio.] 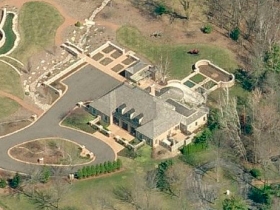 His Bayside home, near the Schlitz Audubon Nature Center, started out simply enough in 1985 as a French Provincial of about 2400 sq. ft. and, like its owner, no particular promise of greatness.  Yet nearly a quarter century later it had become a 4,902 sq. ft. “Contemporary” grown too big for its lot. So, in 2009 Selig bought the home next door and demolished it, expanding his property to 130,295 sq. ft. That’s bigger than the playing field at Miller Park.

In April 2012, Mark Brick of B&E General Contractors, who handles remodelings and such things for Selig, told the Village of Bayside Architectural Review Committee that “the house … was torn down to create an estate for Mr. Selig with a garden and sculpture area,” according to the minutes of the meeting.

Brick then asked for permission to landscape the demised property with a vine-covered 60-foot cedar pergola with a sidewalk underneath. Board permission was required since such an installation was contrary to Section 14-4 of the village code.

“The pergola installation in this area will enhance the aesthetic appeal of the area and will be in good taste,” the committee was told. Members voted unanimously to permit this adornment to the community, “having found unnecessary hardship, unique property limitations and no harm to public interests.”

So now Selig has his pergola, three acres of grounds, and an estate valued at $1,319,500. Of that, $866,700 is devoted to the residence with its 3 bedrooms, 2 full baths, 2 half baths and other attractions including a light-filled gallery, dining for twelve, and a study for Bud as sterile as a dentist’s office. Not a trophy in sight! The sculpture garden may yet be a work in progress; as of this writing the only heroic statue of Bud Selig on public display remains at Miller Park.

How Milwaukee is it? The home is about 13.2 miles from City Hall.

Fun Fact: Thrifty Selig isn’t the sort of fellow who would wantonly tear down a neighboring home without finding some civic value in the endeavor. Brick, the contractor, arranged for Milwaukee Area Technical College carpentry students to saw away at the home before turning it over to government forces. According to a 2009 article in BaysideNow by staff writer Jane Ford-Stewart:

“Selig also offered use of the home to Bayside police, who have expressed interest in using it for training in how to enter a home with a burglar inside, Brick said. Police are thinking of using paintball guns in the training, which would take place the first week of May, he said. Then, the North Shore Fire Department is slated to take over using the house for practice.” 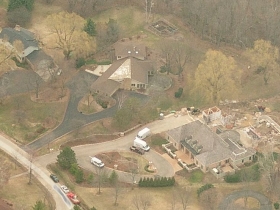 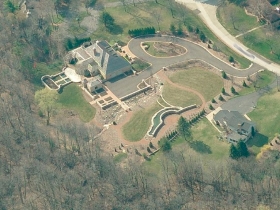 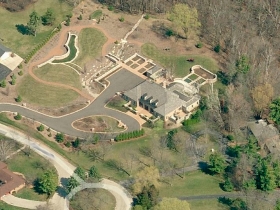 Celebrity Net Worth estimates Selig is worth $400 million but provides no data to back up this figure. He has probably earned in the neighborhood of $200 million lifetime from his work as Commissioner of Major League Baseball, having served as acting commissioner since 1992 and official commissioner since 1998. In his first full year as official commissioner, he earned in the neighborhood of $1 million, but that has steadily risen to the point that he now earns a reported $22 million a year, more than either the head of the NFL or the NBA earns.

As for Selig’s ownership of the Milwaukee Brewers, Bruce Murphy did a story for Milwaukee Magazine estimating that Selig pocketed $33 to $36 million for his portion of the ownership of the team when it was sold. This was a wonderful return for Selig, who invested less than $14 million in the team, Murphy estimated.

Selig’s legacy in the minds of baseball fans will likely be defined by two issues. First and foremost for many will be the issue of performing enhancing drugs (steroids) and whether he willfully turned a blind eye to them. For a number of others, though, Selig will be remembered for calling a tie in 2002 All-Star Game, the first All-Star Game to end without a winner. The game drew extra attention because it occurred at Miller Park, the house that Bud got built.