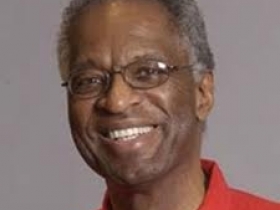 Gov. Scott Walker had a nifty answer when asked why he wanted to extend vouchers to nine more school districts in Wisconsin: “It provides a viable alternative to low-income and middle-class families,” he explained. “If someone’s wealthy they have that choice to send their student to a private school.”

His answer came courtesy of longtime school choice advocate Howard Fuller, who would often note that wealthy people can choose to send their children to private institutions like University School.

In fact, very few parents avail themselves of this option. Take a look at the Milwaukee metro area. For every suburban child attending University School or Marquette University, there are ten or more attending public institutions: Nicolet, Whitefish Bay, Homestead, Brookfield East or Brookfield Central, Germantown, Greendale, or Germantown high schools, all public schools doing an excellent jobs of preparing students for college.

Legislators, too, send their children to public schools and Walker’s children have attended Wauwatosa public schools. And they have shown no eagerness to replace these schools with voucher schools.

Instead, Walker’s latest proposal was written in a way to assure it largely targets children in Democratic districts. Only districts with at least two failing school buildings receiving grades of D or F on the state report card, and that have at least 4,000 students, would qualify. Rather than looking to replace any school with poor grades (which would bring in a wide range of rural and smaller school districts), Walker has specified bigger districts, all of which are urban. Thus, the nine new districts that would qualify for vouchers are Beloit, Fond du Lac, Green Bay, Kenosha, Madison, Sheboygan, Superior, Waukesha and West Allis-West Milwaukee.

It’s worth noting that this is not the county but the city of Waukesha, which is split pretty evenly between Republican and Democratic voters. Moreover, GOP legislators like Sen. Mike Ellis (R-Neenah) and Sen. Luther Olsen (R-Ripon), chairman of the Senate Education Committee, have already expressed concern about how far-reaching the proposal is and may find a way to exclude Waukesha or any other city Republicans are concerned about.

The fact is that most parents in Wisconsin are satisfied with their schools, and Wisconsin students outperform those of most states on tests like the ACT. That is not to say improvements shouldn’t be made, but the complete replacement of a public school hardly qualifies as a minor upgrade.

There is, moreover, little evidence that voucher schools lead to a better education. After studies showed voucher schools in Milwaukee had about the same or worse results than public schools, legislative supporters simply changed the argument, noting that choice schools are cheaper.

They are indeed a bargain for the state. Choice schools cost much less per pupil than MPS schools do. That’s one reason they have trouble surviving.  Those that have kept the doors open have to do all kinds of additional fundraising which can exhaust the staff. Fuller himself found this a challenge when he got personally involved in a choice school, as he confessed to Milwaukee Magazine.

MPS is offering a $41,000 starting salary for the new teachers it is recruiting. No choice school could possibly offer that kind of salary. Yes, Walker has proposed an increase in the per-pupil payment for choice schools, but the public schools serving most Wisconsin students, and the families of Republican legislators, will still continue to spend far more per pupil than choice schools. Voucher supporters talk about making the market work and letting parents choose, but ignore how the marketplace for teachers works. Their enthusiasm for choice schools is likely to vanish if the cost begins to approach that of public schools.

When asked by WUWM-FM about studies showing voucher schools don’t improve the lot of students, Fuller replied that the more important issue is that parents be able to choose. But there is a documented history in Milwaukee of parents choosing dreadful choice schools run by charlatans who were simply in it for the money. Even after Fuller successfully pushed for more state oversight of choice schools (in essence admitting that the “marketplace” didn’t result in the best schools being chosen), there are still voucher schools that are not transparent about test results and other data.

The passage of Act 10, along with the big cuts in state funding for public schools, represented a revolution in how schools in Wisconsin operate. We’ve barely had time to even begin evaluating the impact on schools and students in this state.  So why pile on more change before we know the impact of the last whirlwind?

When you strip away all the rhetoric, the push to funnel ever more money into vouchers is a strategy to replace better funded, more transparent schools overseen by publicly elected leaders with cheap schools and poorly paid teachers controlled by the invisible hand of an economic marketplace that has failed to pick the better schools. As a small experiment, it was worth trying. As a wholesale replacement for countless schools, it is beginning to look like madness.

-My colleague Dave Reid’s story on Walker’s massive borrowing scheme for highways was based on an estimate that Walker would borrow $662 million for highways, but the latest reports now show he wants to borrow $824 million, which will drive the transportation fund’s debt even higher.

-Kudos to the Milwaukee Journal Sentinel for its discovery that Sheriff David Clarke’s ad urging people to arm themselves was paid for by taxpayers. The story also noted that we are paying for his public service ads discouraging speeding, texting while driving and drunken driving. Two questions: do the ads mention Sheriff Clarke, thereby also operating as a campaign promo for him? And is there any evidence such ads have any impact on driver behavior?

-The Journal Sentinel did a remarkable flip-flop with an editorial opposing the ending of the residency requirement, after supporting this in 2011. The editorial noted that Walker made this a free standing bill in 2011 rather than slipping this policy item into the state budget as he’s now doing. But the rest of the column seemed to take back most of the arguments the editorial board made in 2011. An interesting turnabout.