A south side community group offers a mobile "bike hub" that repairs bikes and helps you get back on the pedals. 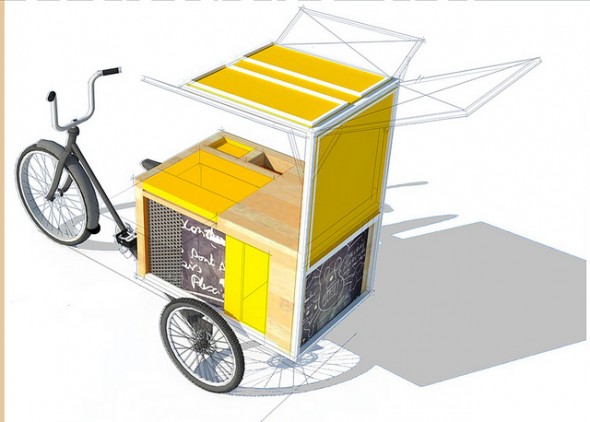 Vega-Skeels is part of the vibrant neighborhood, where ice cream, corn and fruit cart vendors honk horns and ring bells to signal that treats and snacks are approaching.

A neighborhood planner at Layton Boulevard West Neighbors, Vega-Skeels hopes to capitalize on the diverse neighborhood’s energy and get more community members riding bicycles with a “mobile bike hub.” The bike hub is an adult tricycle fitted with bins full of tools and supplies.

“That’s the beauty of this project in that it’s a reflection of this neighborhood,” said Vega-Skeels, an architect by trade. “We are not reinventing the wheel at all … and that vibe will make this project so successful.”

For those with an old or broken bike that has been gathering dust in a garage or basement, the hub will offer a chance to get back on the saddle for free. A part-time bike hub coordinator will ride around the neighborhood during the spring, summer and fall, fixing bikes and promoting bike safety. 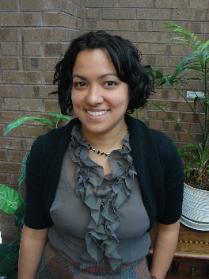 “You are going to have a chance to go to this mobile hub and repair it right there with someone and learn those skills yourself,” Vega-Skeels said.

A band of volunteers, including two architects — one of which is Vega-Skeels’ husband — has helped design the hub while Bicycle Federation of Wisconsin staff has lent its biking expertise to the project.

If the pilot bike hub project is successful in the Layton Boulevard West neighborhood, it could eventually go into other areas of the city.

In addition to building skills and interest in biking, the mobile bike hub may curb boredom that besets neighborhood kids.

“They don’t have a lot of things to do,” said Jake Newborn, the youth education program manager at the Bicycle Federation of Wisconsin, who works with the Milwaukee Public Schools and its Safe Routes to School program.

Rather than a bike repair shop, Vega-Skeels said she wanted to “bring service to the community in a unique way and that relates to them.” The idea of a bike repair trailer hauled by a truck or car also died early on because of its environmental impact.

Newborn envisions kids riding their bikes around their neighborhoods and utilizing the nearby Hank Aaron State Trail as a result of the hub.

“(Biking) is healthy, positive and fun and can keep them from getting into trouble,” Newborn said.

Last week, during a meeting with those involved in the project, Vega-Skeels got weird looks when she kept insisting on finding a place on the tricycle for a bell, she said.

6 thoughts on “The Bikewoman Cometh”