Edo de Waart, Milwaukee Symphony dazzle as they go deep into Beethoven's Symphonies Nos. 2 and 4 and two overtures. Through Sunday.

I’ve always thought of Beethoven’s Symphony No. 4 as his idea of opera buffa.

Friday night, it sounded as if Edo de Waart thinks the same way. De Waart placed the Fourth at the end of an all-Beethoven program with the Milwaukee Symphony, and it sent the crowd into the winter blast happy and humming some of Beethoven’s lively tunes.

De Waart and the orchestra slyly set up and sprung Beethoven’s subtle jokes. This symphony opens with one of Beethoven’s most ingenious introductions. A sense of ominous mulling over makes you wonder where we’re going and whether we’ll ever get to the happy key of B-flat major. Near the end of it, cellos and basses tip-toe in pizzicato this way and that, as suspense builds in the way of Mickey Mouse tip-toeing through a haunted house.

Then — boom! The joke’s on us. Suddenly we’re off to the races with a jolly tune. Whooshes of rising grace notes fly about the start of phrases like confetti flung from the rider of a galloping horse. De Waart’s priceless timing with all this made it feel surprising and fresh, though I’ve heard this piece — a favorite — maybe 400 times.

Comic opera is not only about jokes but also about dazzling virtuosity, and so it is with the Fourth. The MSO was spectacular in its precision and in its Ferrari responsiveness to the technical and illustrative subtleties of de Waart’s conducting. Let’s take those above-mentioned grace notes, for example. Usually, they come off as general smear of violin sound. Friday, each component of that grace-note gesture stood distinct, clear and true as perfectly matched little diamonds. Throughout this piece — throughout the evening, really — the clarity, balance and true pitch from all quarters of the orchestra made the lines stand out in brilliant relief and the harmonies light up in all their colors. Likewise, the rhythmic verve gave the Fourth bounding momentum in the fast movements and gliding serenity in the slow one.

An unshakeable awareness of the emotional and structural moment, on the part of both de Waart and the orchestra, drew connections over time. They put you in Beethoven’s brain, to let you hear how he recycled transitional materials, especially, to maintain unity. You can hear, for example, how another version of that tip-toe pizzicato from the introduction sets up the vigorous closing theme later in the movement, and how a slowed-down version of those grace notes, combined with a timpani rumble, recall the suspense of the introduction during the transition from development to recap.

I know that sounds a little technical, but anyone paying attention Friday night would have heard all that and more. That’s the thing about great performances. You can hear more.

The Overture to “Egmont” preceded the Fourth. The incredible weight of the low strings at the outset announced nine minutes of unrelenting Romantic drama. On the first half, de Waart paired another theater piece, the Overture to “Coriolan,” with the Symphony No. 2. Both represent Beethoven at his most explosive.

The Second also opens with an elaborate introduction, with low, roiling themes suggestive of the stretching of muscles of some great beast waking from slumber. De Waart and the orchestra maintained that heft through all three fast movements. In the lyrical one, they lightened but leaned into the dissonances to lend them extra ache. If the conductor, the orchestra and Beethoven sprung jokes in the Fourth, in the Second they lit fuses and set off dynamite, and their timing was equally adept.

Virtuoso orchestral control and clarity carried through all of this. De Waart leads this orchestra with a certain bracing tautness. The players feel it, and you can feel it too.

This program, given at Marcus Center Uihlein Hall, will be repeated at 8 p.m. Saturday and 2:30 p.m. Sunday, Feb. 2-3. For tickets or more information, call the Marcus Center box office, 414 273-7206, or visit the Milwaukee Symphony website. 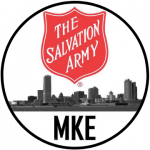