The hotel got a lot of state WHEDA money that was supposed to target Milwaukee's central city job centers. Still, the hotel is a boost for downtown.

Despite the controversy that surrounded the Marriott Downtown Hotel project, it is apparently ‘transforming’ Milwaukee.  At least according to Gov. Scott Walker.

Rich Kirchen, Senior Reporter for The Business Journal, recently questioned governor Walker about the status of his Transform Milwaukee initiative, a program that promised $100 million of investment in Milwaukee primarily, according to WHEDA, in “a corridor connecting the 30th Street Industrial Corridor, Menomonee Valley, Port of Milwaukee and Milwaukee Aerotropolis located south of General Mitchell Airport.”

In one question Kirchen asked governor Walker, “There seems to be a disconnect between the expectations of a lot of people around here and what’s been delivered. WHEDA is including some of the tax credits — say for the downtown (Marriott) hotel. Will this be $100 million of new money from the state that would go to different programs and projects?”

Walker’s response: “Some of it is a leverage for other dollars that will come in. Some of it included the water project ($22 million renovation of a Walker’s Point warehouse for the Water Council) and the hotel.”

By the time the Marriott Hotel project received $43.5 million in WHEDA low-interest, tax-free bonding construction had already started and private financing was in place.  The state’s involvement certainly transformed the bottom line for Jackson Street Management, LLC., the developer.

Whether this project is meeting the goals of the Transform Milwaukee Initiative is at best questionable, but it is certainly altering the corner of Milwaukee St. and Wisconsin Ave.  See for yourself: 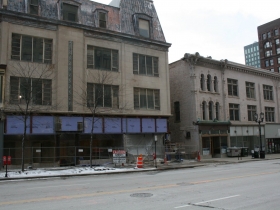 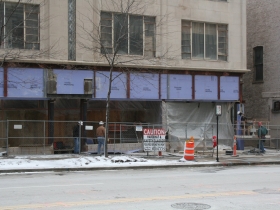 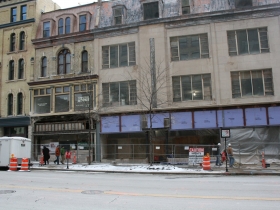 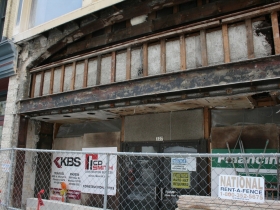 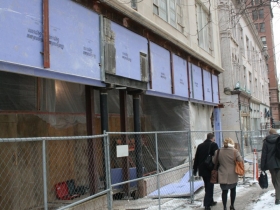 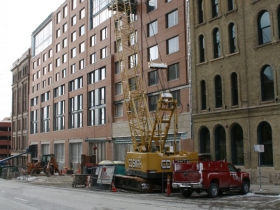