How dare you live in Cedarburg, said the Milwaukee County Board. So the economic development director quit rather than lose $91,000 selling his home. 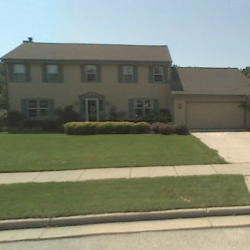 In June 2011 Milwaukee County Executive Christopher Seton Abele nominated Brian Taffora of Cedarburg, Ozaukee County, to be the Economic Development Director of Milwaukee County at an $80,000 annual salary. According to county rules, Taffora had 6 months to move to Milwaukee County. On January 10, 2012, Taffora put his home on the market for $349,000. The price was $10,000 more than he had asked in 2010, but $91,000 less than he had paid in 2005. In June 2012, after he said there were no offers on his home, Taffora was granted a residency waiver by Kerry Mitchell, the county’s Director of Human Resources. This seemed to solve his problems, yet the home remained on the market, likely due to the terms of his contract with his real estate agent.

This move, as much Machiavellian as Kafkaesque, required Taffora to reapply for his job, for which confirmation was not likely. It also reinstated the residency provision. This was enough for Taffora, who announced on December 19, 2012 that he would resign his job rather than fight for it. In a statement that seemed, rather bizarrely, to emphasize how far away his home was, Taffora told the media he spent all his waking hours on the job in downtown Milwaukee before heading “five miles over the border to tuck my kids in at night.”  In a statement that seemed chillingly oblivious to the $91,000 loss Taffora could have suffered, County Board Chair Marina Dimitrijevic called it “highly disappointing that Mr. Taffora never found the will nor the means to move into Milwaukee County.”

Taffora said he wasn’t sure what his next job would be, but his home had already been withdrawn from the market on December 10, 2012, seven days before he resigned. And on January 17, 2013, a one-line item in the Milwaukee Journal Sentinel’s “New Faces, New Places” column mentioned that Taffora had been named vice-president of CSA Commercial, a real estate company founded in 2001. (Motto: “Vision … Discipline … Integrity”.)

In his new duties at the firm he will report directly to President Steve Mech, who in turn reports to the firm’s namesake owner / Chief Executive Officer, Christopher Seton Abele.

Now, About That House

This home, which could have been yours for only $349,000, was built in 1992, during the infancy of the “Cedar Pointe” subdivision on the southwest fringe of the otherwise charming City of Cedarburg, which values the property at $340,000 for assessment purposes, leading to a tax bill of $6,198. This two-story frame structure with four bedrooms, two-and-a-half baths, and a three-car garage, affords a cozy 2,454 square foot palette from which to paint your masterpiece in the art of living. Its current owner purchased the place in 2005 for $440,000, and put it on the market in March 2010, asking $344,000. In June of that year, he dropped the price to $339,000, and eventually took it off the market in August 2010. The owner returned this study in gracious living to the whims of the marketplace on January 10, 2012, asking $349,000, and removed it from sale on December 13, 2012.

Fun Fact: The only Milwaukee property owned by CSA is a vacant 11,000 square foot warehouse at 3628 W Pierce St., located immediately east of the new “Valley Passage” donated by Abele and providing access to the Henry Aaron State Trail, and between an Urban Ecology facility at 3700 W. Pierce St. and the Milwaukee office of the Bicycle Federation of Wisconsin at 3618 W. Pierce St. [MAP]

How Milwaukee Is It? The property is 22 miles from Milwaukee City Hall and the Milwaukee County Courthouse, or about a 31 minute commute by automobile, adding up to 23 hours of commuting time and a prodigious amount of gas money per month.

Update: Photo gallery removed at the request of Kelli Taffora. Taffora requested the photos be removed because they a part of an expired listing.