Act 10 Could Still Be in Trouble

Gov. Scott Walker hailed the recent federal court of appeals decision as “victory for Wisconsin taxpayers,” while Republican Attorney General J.B. Van Hollen’s optimistic take was that this would “pave the way” for the courts to uphold Act 10, the controversial law that ended collective bargaining rights for public workers.

Sorry, J.B., this issue is far from settled. To begin with, this case was based on the federal constitution while another, still-pending legal challenge is based on the state constitution. Moreover, this other case advances entirely different theories than those considered in this new federal court of appeals decision. My guess: when all the smoke clears, at least part of Act 10 will be overturned. 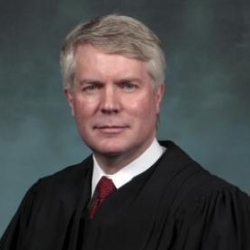 The latest decision overthrows an earlier decision by U.S. District Judge William M. Conley, who struck down some parts of Act 10. Conley was appointed by Democrat Barack Obama. The two federal appeals court judges who overthrew Conley’s decision are Joel M Flaum, appointed by Republican Ronald Reagan, and William J. Bauer, appointed by Republican Gerald Ford. The one dissenting judge in this 2-1 decision was Judge David Hamilton, who was appointed to the federal district court by Democrat Bill Clinton. and to the federal appeals court by Barack Obama.

See a pattern here? To date every judicial decision regarding Act 10 has reverted to form, with Democratic appointees finding problems and GOP appointees upholding it. But that might change. The dissenting opinion by Hamilton, for instance, raises some fascinating issues.

For starters, he notes what looks like a rather major error by the State of Wisconsin’s lawyers, when they came before Conley and the federal district court. They offered no defense to the plaintiff’s contention that ending the payroll deduction only for some unions and not those that supported Walker in his 2010 campaign for governor was a violation of the union members’ freedom of speech under the First Amendment. The state’s lawyers, incredibly, simply asserted the amendment did not apply. “That position was obviously mistaken,” Hamilton writes, noting that all three appeals court judges agreed on that.

Only when the case came before the federal court of appeals did the state’s lawyers offer a response to the First Amendment claim. But Hamilton notes case law saying that when lawyers fail to make an argument before the lower court they have effectively waived the right to do so later on appeal.

But Hamilton’s two colleagues on the court decided to let this go. “The majority has chosen… (to allow) the State to prevail based on arguments that were never made to the district judge. I disagree, but even more to the point, the State’s late and ad lib attempt to come up with a… defense of the payroll deduction policy is further evidence that the defense is just a pretext for unconstitutional…discrimination.”

That “late and ad lib” argument by the state’s lawyers included their contention that Walker and the Republican legislators protected the rights of some public safety employees like the police and fire unions out of fear that ending their rights would trigger an illegal strike or harm public safety.

Hamilton offers a powerful response to this argument: “If the State’s proffered explanation for treating ‘public safety’ employees differently were actually true,” Hamilton writes, “it would be hard to understand why that explanation would not apply as well to police officers at the University of Wisconsin, Capitol Police officers, the State’s thousands of correctional and probation officers, and many others with important public safety duties. Instead, those employees, whose unions did not endorse Governor Walker, are treated as general employees, and their unions do not benefit from payroll deductions.”

Hamilton notes an affidavit by the Deputy Secretary of the Wisconsin Department of Administration, who helped with the “planning for contingencies arising from the enactment of Act 10 including potential job actions and strikes.” Her assessment concluded that the Department of Corrections and its staff were crucial. “Despite these findings, the prison guards, who the record shows are crucial to public safety and have a history of striking, were classified as ‘general employees‘ and not as ‘public safety‘ employees. Their union did not support Governor Walker in the election.”

Hamilton also notes the Department of Administration’s analysis also “identified a probable gap in staffing for state building and staff security in the event of large scale protests….Yet the Capitol Police were also categorized as ‘general employees’ deemed not critical to public safety in the event of a mass action. That mass action did in fact occur on the steps of the very Capitol that, after the passing of Act 10, risked being understaffed in the event of a strike.”  The Capitol Police, too, were members of a union that did not support Walker for governor.

Hamilton quotes Senate Majority Leader Scott Fitzgerald’s comment before passage of Act 10 that ‘[i]f we win this battle, and the money is not there under the auspices of the unions, certainly what you’re going to find is that President Obama is going to have a . . . much more difficult time getting elected and winning the state of Wisconsin.’”

“Helping one side win elections is certainly a rational reason for the payroll deduction limits,” Hamilton notes, “and the limits were designed well to serve that purpose. But under the First Amendment, of course, it’s not a permissible reason for restricting access to… payroll deductions. It’s transparent viewpoint discrimination.”

The key case cited by both Hamilton and the majority is the U.S. Supreme Court’s decision in Ysursa v. Pocatello Education Ass’n, 555 U.S. 353 (2009) which considered “whether the state of Idaho could prohibit local governments from taking payroll deductions for any political activities, defined broadly enough to include contributions to unions’ political action committees,” Hamilton writes. “Ysursa applied First Amendment doctrine to uphold a broad ban on payroll deductions for union dues that did not discriminate on the basis of viewpoint….Ysursa reinforced the established law that viewpoint discrimination in a government’s limits on access to a payroll deduction system can violate the First Amendment.”

Hamilton’s opinion is quite persuasive and more detailed than the majority opinion. It’s entirely possible that when this case gets to the next level, those judges might agree with Hamilton’s assessment of the Ysursa case, and might conclude the state’s lawyers did waive their rights to contest the First Amendment issue by not arguing this before the federal district court.

Meanwhile, there is still the pending decision by Dane County Circuit Court Judge Juan Colas. As I’ve written previously, its strongest section was his conclusion that Act 10 unlawfully interferes with the City of Milwaukee’s pension plan. The city’s Employment Retirement System was created by state law in 1937 and was amended in 1947 to allow Milwaukee, a “city of the first class,…the largest measure of self-government with respect to pension annuity and retirement systems.” The state had no more involvement in regulating this system for 64 years. The city invests in its own pension fund and has a different vesting schedule and different benefits for employees than the state does. When the legislature has written laws changing retirement benefits for state employees over the years, it has had no impact on Milwaukee.

Back when Act 10 was proposed, Milwaukee City Attorney Grant Langley issued a 15-page opinion concluding the law was clearly unconstitutional.  Langley said eight other city lawyers with expertise on pension law researched the law and came to the same conclusion.

Langley’s opinion said the bill interfered with the city’s long established home-rule authority over its pension plan and violates its employees’ contractual rights. Colas came to exactly the same conclusion.

Of course, if higher courts agree and overturn that portion of the law, it would only affect City of Milwaukee employees. The broader issue here remains the question of whether the legislature’s differential treatment of unions who supported Walker for governor makes the law unconstitutional on either state or federal grounds. The two-pronged battle over that issue continues.

7 thoughts on “Murphy’s Law: Act 10 Could Still Be in Trouble”