The cost of enforcement has been estimated at $200 million annually, but some scoff at this figure.

By Bill Lueders, Wisconsin Center for Investigative Journalism - Jan 18th, 2013 11:13 am
Get a daily rundown of the top stories on Urban Milwaukee

Mark Grapentine is a seasoned observer of state politics. He was an aide to then-state Rep. Scott Walker and a policy adviser to then-Gov. Tommy Thompson. For the past decade, he’s been a lobbyist for the Wisconsin Medical Society.

In this capacity, he’s pushed for tougher state drunken driving laws — and noticed that, despite an absence of pushback, these laws have stayed mostly the same.

“It has been interesting to watch how there has been a lack of progress in an area where there seems to be a tremendous amount of agreement on the need to do something,” Grapentine says. Wisconsin remains the only state where first-offense drunken driving is not a crime, although the civil penalties include license suspension and substantial fines.

One bill would make first-offense drunken driving with a high blood-alcohol content a crime, and raise penalties for a second offense. Another would make third and fourth offenses felonies, and increase the severity of subsequent charges. 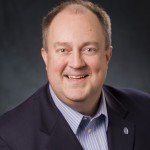 Mark Grapentine: “It has been interesting to watch how there has been a lack of progress in an area where there seems to be a tremendous amount of agreement on the need to do something,”

Last time around, the bills were backed by the Wisconsin Medical Society and a law enforcement association. No lobby group registered in opposition and, according to Grapentine, no one spoke up at the hearings to say, “Oh, this drunk driving stuff, it’s not really a problem.”

But the bills went nowhere, due to what Grapentine calls “the dollar factor.”

Higher drunken driving penalties increase prosecutors’ workloads as well as county jail and state prison costs. A fiscal estimate from the state Department of Corrections put the cost of the bill regarding third and subsequent offenses at between $169 million and $204 million annually. Other agencies also weighed in, predicting higher costs.

Rep. Ott has said he considers these estimates unrealistic. Grapentine and Delaporte don’t make that claim, but Delaporte says Darling’s office has asked the Legislative Fiscal Bureau to look into whether the estimated costs of a previous toughening of the laws in 2009 were “realized.”

Scott Stenger, longtime lobbyist for the Tavern League of Wisconsin, notes that his group has supported bills to increase penalties for habitual offenders but is skeptical about adding penalties for first-timers, “the vast majority of whom never have another

The Tavern League has also supported treatment for alcoholics and Saferide programs throughout the state. In a handout, it touts the decline in state alcohol-related crashes and fatalities.

But at least 220 people died in alcohol-related Wisconsin crashes every year between 2002 and 2011, and the national group Mothers Against Drunk Driving ranks the state ninth worst in the nation for its percentage of total traffic deaths that are alcohol-related, based on 2011 statistics.

Gov. Scott Walker and Senate Majority Leader Scott Fitzgerald, R-Juneau, have both been described as open but noncommittal to new drunken driving laws. Assembly Speaker Robin Vos, R-Rochester, commends Ott and Darling’s efforts but wants “to take a closer look at the bill draft and the fiscal estimates to see if spending nearly a half a billion dollars is the best way to prevent people from driving drunk.”

Delaporte says Darling wants to focus on “the victims of these crimes.” And Grapentine is optimistic the bills will pass, due to growing awareness that while cracking down on drunken driving can be costly, so is not cracking down: “More people are realizing the societal costs, and the costs to the individual offender.”