Proposal that's a "celebration of Downtown" sails through the city's Redevelopment Authority.

Rocky Marcoux, Commissioner Department of City Development, speaking before the Redevelopment Authority of the City of Milwaukee board today, gushed on about the impact of Northwestern Mutual Life’s proposed $300 million downtown office tower project.  In his words it is a “celebration of downtown.”

And that celebration took a small but critical step forward today.  The RACM board voted unanimously, and with no public opposition, to approve the boundaries and plan for the tax incremental district that will supply funding for a significant portion of the project. Unlike many TIDs in the city this project will be developer financed, meaning “we [the city] don’t borrow,” and “we don’t take the risk,” as Jim Scheer, of the Department of the City Development, explained to the board.

NML will use 70 percent of the funds created through this TID, or $48 million,  to partially offset additional costs incurred by developing a 840,000 square foot office tower in downtown Milwaukee versus building at their Franklin campus. During the RACM meeting Steve Radke, V.P. of Governmental Relations for Northwestern Mutual, explained that the additional costs included $42 million for tower construction, $5.5 million to build on swampland (“Lake Emily” as he referred to it), and $8 million to relocate and reconfigure the complex internal infrastructure that is currently housed in the East Building, which will be demolished to make room for the new tower.  Ald. Bob Bauman briefly spoke in support of the project and made it clear that “this company had options,” in fact less expensive options, and they decided on downtown Milwaukee.

The other 30 percent of the funds, $17 million, will be used to fund infrastructure projects in the nearby area for the City of Milwaukee. Marcoux said the city will rebuild the intersection of Michigan St. and Lincoln Memorial Dr. to create a gateway to the city that is safe and usable for pedestrians.  Additionally, the project envisions two new bridges to better connect Downtown to the lakefront, and additional streetscaping along Michigan Street.

According to Marcoux, since “meeting one” with NML,  it was never an issue if the company would meet the city’s hiring expectations.  NML has pledged to pay 100 percent prevailing wages, meet a 25 percent emerging business enterprises goal, and will meet the city’s 40 percent residential preference program.

If the project moves along as proposed, construction could start as early as the middle of 2014 with completion targeted for 2017. 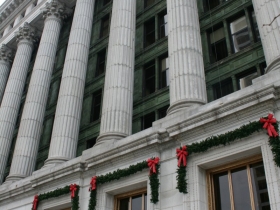 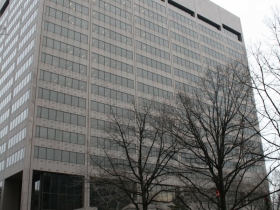 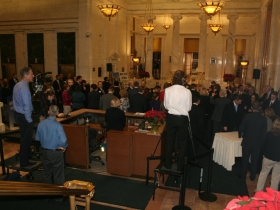 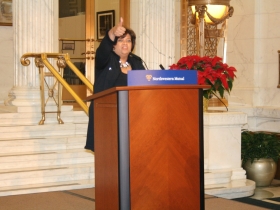 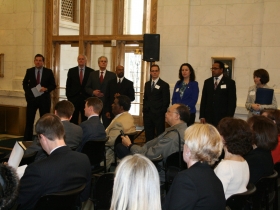 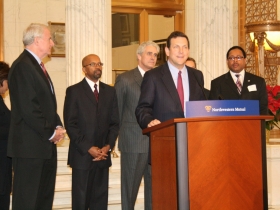