Despite Republican delays and opposition by the board, the bill has a good chance of passage.

In yesterday’s paper a Milwaukee Journal Sentinel headline declared “quick action unlikely” on the proposal to reduce the pay of county supervisors to a part-time position. But Rep. Joe Sanfelippo, author of the legislative bill, offers a counter prediction: “It’s gonna pass.”

Senate Majority Leader Scott Fitzgerald (R-Juneau) told the paper he was “not in any rush” to pass the proposed referendum (whereby Milwaukee county voters would vote on whether to reduce supervisor pay from $50,000 to $15,000). But one Capitol insider told me Fitzgerald was temporarily backing off because he didn’t want to be associated with the news that business leaders in the Greater Milwaukee Committee would be holding a fundraiser to raise money to support their campaign in favor of the change in county governance.

Sanfelippo says he had a good conversation with Fitzgerald on the issue and notes, “I’m having a fairly easy time getting legislators to agree with me that the state should step in on this issue. I’m getting a lot of support.”

With Republicans in charge of both legislative houses, there is no way Democrats could stop the proposal. And staff assistants to Gov. Scott Walker have said the governor will support this, Sanfelippo says. “One of Walker’s five priorities is government reform, and where is the better place to start than Milwaukee County?” he asks. If Walker wants this (and Milwaukee business leaders are likely to lobby for it), odds are that GOP legislators will go along.

Sanfelippo even predicts he will pick up support from some Democratic legislators and perhaps a few county supervisors.

The referendum seems quite likely to pass if it goes before county voters. Last year, local referendums supporting a reduction in the board’s size were passed by big majorities in a dozen suburbs. A recent JS poll found that 80 percent of the 1,721 readers who took it supported a part-time board.

That sounds drastic, but its worth noting that Milwaukee’s citizenry voted in 1960 to create the position of county executive with the idea that the executive rather than the board would manage county departments. Yet the county exec budget is just $1.3 million, while the board’s budget is 4.2 times higher at $5.4 million.

As I wrote in a recent column, it was right after the legislature gave the executive the power to appoint his/her own cabinet in 1977 that the board reacted by building up its own staff. It added one part-time staff assistant for each board member but today 14 of 18 aides are full-time (three supervisors somehow get by with an aide who is listed as 87 percent time while one thrifty supervisor — I’m guessing John Weishan — has a 50 percent time aide).

All told, the board has 38 staff working for it, compared to just three serving the Waukesha County Board, Sanfelippo says. The 38 Milwaukee staff include six full-time research analysts, two full-time public relations people, two full-time committee clerks, two lobbyists (while the exec has none), a chief of staff and two assistants to the chief of staff and many others. The full-time salaries range from $26,941 to $113,830. It would be interesting to see how many of these positions were added since the board began building its power and compensation in the late 1970s.

The result is a duplication of effort, Sanfelippo says. “The department heads get a rude awakening when they realize they don’t just work for one person, they work for nineteen. The county board has all the department heads come to monthly meetings and they can’t make a move without the board’s approval. I’ve had department heads tell me there really isn’t anything to report, so they throw this item or that item on the agenda so the supervisors have something to talk about at the monthly meeting.”

The complaints about supervisors micromanaging departments go back decades. “We had a board committee dealing with a contract for submarine sandwiches for a couple county kitchens,” Sanfelippo recalls. “This is a $1.3 billion operation and we’re debating about whether to buy submarine sandwiches.”

One supervisor who seems sympathetic to Sanfelippo’s proposal is Deanna Alexander, who just joined the board last May. “I support lowering our budget. There’s always room for reform.” But Alexander crunched the numbers and came up with an estimate that the  board’s annual budget includes about $1.1 million to pay for retiree costs for retirees who worked for the board. That would leave only about $200,000 for all other board costs, including supervisor salaries, under Sanfelippo’s proposal.

Alexander argues the .4 percent of the county tax levy is therefore too low to fund a functional county board. Sanfelippo says he is open to amending his bill to take something like this into account. “I’m willing to consider changes. The intent is not to decimate the board.”

-Sanfelippo claims County Board Chair Marina Dimitrijevic has put strong pressure on board members to oppose his proposal (“she is putting them through hell,” he says) and has required that all clear their press releases through her. Dimitrijevic flatly denies this: “that is untrue.”

-The scuttlebutt is that Supervisor John Weishan has warned the board will cut the County Executive’s budget if the board’s downsizing (which exec Chris Abele strongly supports) is passed. Weishan doesn’t quite deny this. “These aren’t threats,” he says. “But if one makes remarks about our staff, there’s a whole lot of people for his office. One has to look at it.”

-As Dan Bice has reported, the Greater Milwaukee Committee fundraiser to raise dollars to help sell the county board downsizing will be held at the office of baseball commissioner Bud Selig. Selig has been a supporter of Abele, but he also found county officials difficult to deal with when he owned the Brewers and they played in County Stadium.

-In my last column, I noted that Charlie Sykes was one of the many critics of the Journal Sentinel’s stories on how the Milwaukee Police Department handled crime data. In fact, he originally criticized the department, sending a tweet suggesting it was “cooking the books” and echoing the campaign of Gov. Scott Walker, then engaged in a recall campaign, which blamed his opponent Mayor Tom Barrett for the problem. After the election, Sykes then flip-flopped on the crime data issue. 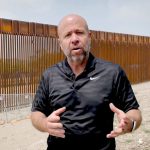