The Pabst’s chandelier, cleaned one crystal at a time

This week, Pabst volunteers and engineers performed the annual task of swapping bulbs and polishing the chandelier's 33,000 crystals. 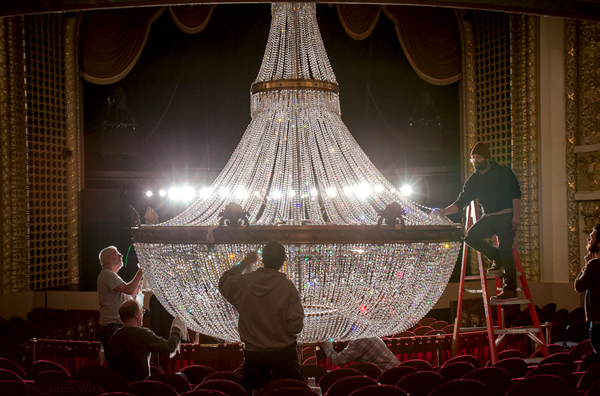 In 1976, the Pabst Theater installed the beautiful, Austrian crystal chandelier that’s become an icon for the venue. On Jan. 7, the theater staff performed an annual ritual honored since 1978: lowering the chandelier to the floor to clean all 33,000 crystals.

Weighing in at 1.23 tons, this magnificent centerpiece in the equally opulent Baroque theater is lowered and raised all by hand using a crank winch with brakes. This daunting task is in itself a tradition, performed this year by Pabst assistant engineer Jason Millies. Bringing the chandelier down or up the 70-foot span takes about an hour each way.

It takes two days to clean the 33,000 individual Austrian crystals, a duty performed mostly by theater volunteers who also serve as ushers and hospitality ambassadors during shows. Volunteer Debbie Schneider (mother of Jacob Schneider, who does PR and social media work for the Pabst) described the chandelier-cleaning event as akin to “shoveling the field at Lambeau.” 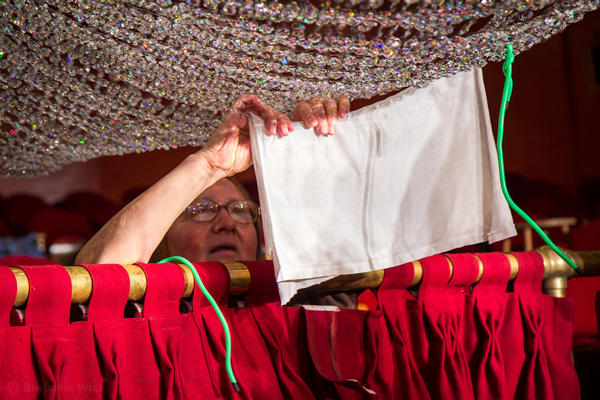 Sandra Wicker, a third-year chandelier volunteer, showed newcomers how to polish the crystals with simply a linen cloth and spray bottle of glass cleaner. Cleaners polished and inspected each crystal and chatted about the upcoming shows. The seemed to share the experience with pride and a sense of community.

Each of the 50 or 60 light bulbs in the chandelier are changed every year, no matter how many are burned out – this year, only three, although one socket was found faulty and needed to be replaced. Fixing the socket was a bit tricky, as the parts to the chandelier’s lighting system had been discontinued. Chief engineer Samir Wahhab and his team made it work. 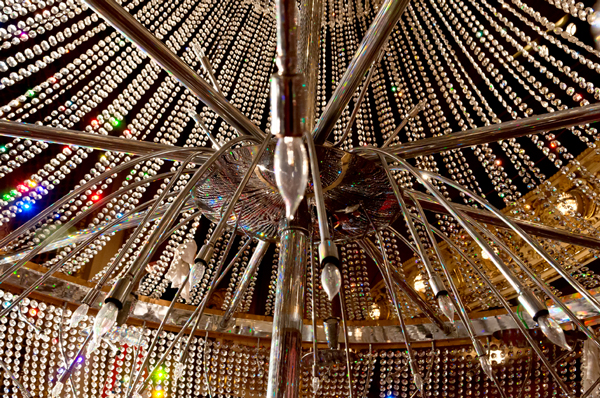 The hardware behind the crystals. Photo by Howard Leu

Wahhab was at the Pabst already when they installed the chandelier in ’76 and has been present for every cleaning. He looked on this time around with a silent glee. As the chief engineer for the Pabst and its sister theaters, the Riverside Theater and Turner Hall Ballroom, he knows the facilities well. He has seen each of them restored, to flourish as re-treasured entertainment venues. Wahhab’s time at the Pabst even goes back to when he was employed with the City of Milwaukee, which owned the building in the early ’70s. He watched and worked as it was almost torn down for additional parking for city employees. He was there when $3 million was finally secured for its restoration in 1974.

“If the Pabst Theater had a father-figure,” said Andrew Nelson, the Pabst’s public relations manager and resident historian, “that person would be Samir.”

The chandelier fits in so well it’s hard to imagine anything else in its place. But Nelson said the original chandelier was removed during restoration efforts in 1928 and replaced with an inverted Tiffany-style dome light, which hung until the current chandelier replaced it. 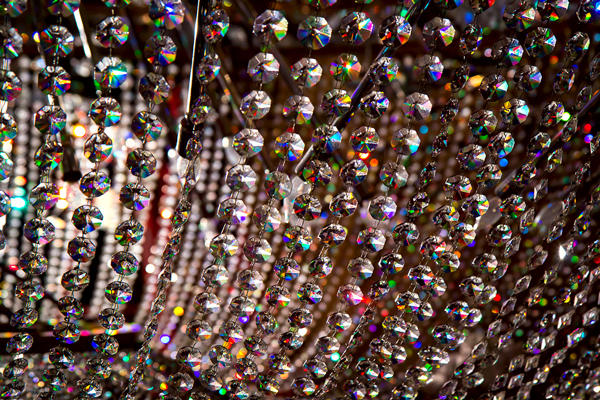 Wahhab explained that the frame of the chandelier is made of stainless steel, while the decorative elements are mostly aluminum and bronze. The crystals are tied together with brass wires, interlaced so that if one part of the strand fails, the rest of the chandelier would be unaffected. That said, Wahhab stated there have thus far been no incidents where the chandelier’s integrity has been compromised, and no indication that such an event will occur in the near future.

For more photos, please check out the slideshow below or visit TCD’s flickr page.