We Energies grabs big profits and big executive pay while driving electric rates into the stratosphere. 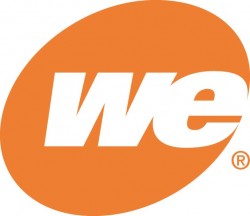 These are good times for We Energies chief executive Gale Klappa. According to Forbes magazine, he earned a whopping $17.27 million in compensation last year, and nearly $49 million in the last five years.

Utility executives, Forbes reports, are at the low end of the pay scale for CEOs, with a mere $6.1 million average in annual compensation. Klappa is the third-best paid utility CEO in the nation — this, in a market (the Milwaukee metro area) that ranks 39th in the nation.

How can the company afford to pay him such a kingly salary? By driving its electric rates ever higher. As recently as 1990, Wisconsin’s rates were 12 percent lower than other Midwestern states and well below the national average.

Keep in mind that electricity providers in Wisconsin are public monopolies, overseen by the taxpayer-funded PSC, whose actions in turn are watch guarded by the nonprofit Citizens Utility Board (CUB). And yet Wisconsin utilities have been allowed to jack up electric rates by 55 percent from 2002-2010, during a period when inflation rose by just 20 percent. One can only imagine how high rates might have risen without all this oversight.

As dramatic as all these figures are, a Milwaukee Journal Sentinel story covering the report did not include any of the statistics. It’s the sort of data a reporter would kill for — unless his editors would prefer to soft pedal the study.

We Energies is a big part of these rising rates. A study by the UW-Milwaukee Employment & Training Institute found that the average cost of heat and electricity for city of Milwaukee renters, all customers of We Energies, nearly doubled in just six years, rising from $1,318 in 2000 to $2,227 in 2006.

These ever-higher rates have helped drive profits for We Energies: year after year the company has reaped profits of 10 to 12 percent. A study by the non-profit Wisconsin Industrial Energy Group, an advocacy group representing some 30 companies, mostly manufacturers, did a study which found Wisconsin utilities had the second-highest profit margin among 26 states studied. The rise of energy costs here has contributed to the loss of manufacturing jobs in Wisconsin, the group’s executive director Todd Stuart has argued.

Those generous profits, in turn, help pay for huge bonuses for We Energies  executives, which amounted to $77 million over the last three years, according to annual reports it files with the PSC.

Company officials are quick to note that ratepayers cannot be charged for any stock options or incentive pay awarded to executives — a point that was reiterated twice by Kristin Ruesch, spokesperson for the PSC. In reality, says CUB executive director Charles Higley, “it all does come from rate payers.”

Every increase in gas and electric rates helps increase company profits, which shareholders can do what they want with, and every year they chose to award some whopping incentives to executives. Perhaps all that profit leaves the company’s board members feeling generous, or maybe it’s the fact that their annual director fee is in turn paid by Klappa and the executives.

Those profits have also been good for the company’s stock price, which has risen by 17 percent year-t0-date (33% over the past calendar year). We Energies enjoyed record earnings in the first quarter of 2012 (and will announce its second quarter results on Wednesday.)

What’s most remarkable about the rate hikes the PSC keeps awarding We Energies is that the company is a legal monopoly that faces none of the risks a normal for-profit business faces. If it runs into troubles, it can simply petition the PSC for a rate hike to pay for the problem. Investing in utilities has long been known as a very safe investment, yet year after year we hear that the company needs high enough rates to assure a good return for stockholders.

May I suggest we needn’t worry about the poor shareholders? In the last 22 years, the profit margin for the company has been more than 10 percent in all but two years — this, during a period when the stock market has had many flat to simply dreadful years. Meanwhile, We Energies rate payers are getting killed, hurting the state’s manufacturers and making energy horribly expensive for low-income Milwaukeeans.

Yet We Energies would like to see more increases in the years to come. Company officials are requesting an annual increase of 3.6 percent for both 2013 and 2014, though the estimated rate of inflation for those years is 2.2 percent and 2.3 percent respectively. Those shareholders and executives, you see, must be assured their customary rewards.