Zoning Change to be Approved, if Owner Pays Back Taxes

Property owner might get a zoning change if he pays $68,000 plus in back taxes, and the city has found new funds for street repaving projects. 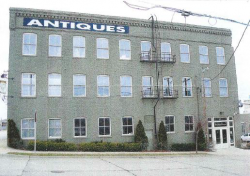 An ordinance change proposed by property owner, Jim Dieter, which would allow him to rent out a civil war era building for a variety of uses, including the strong possibility of a charter school was held by the zoning committee this week. The property, located at 1236 W. Pierce St., is currently zoned as industrial heavy, which precludes it from being used for the type of tenants Dieter is attempting to attract. Dieter explained that “nobody will rent this building for industrial purposes.” According to the presentation the building doesn’t have the load, ceiling height, or size to make it viable for current industrial uses. Dieter invested $300,000 in the building to upgrade the plumbing, install a new HVAC system, and replace windows to make it into a viable mixed-use structure.

This zoning change appears to be in line with the area plan, and thus the committee seemed poised to approve it despite the concerns over the use as the committee indicated the specific use, a school, was beyond their consideration. But Ald. Bauman pointed out that the property owner is currently delinquent on his property taxes. Ald Bauman then explained that “in the interests of consistency” he would vote against the zoning change because of the back taxes. Later he offered to hold the request to allow Dieter to pay the taxes owed. On the issue of owing back taxes Dieter responded “it’s not something that I’m actually proud of,” and attempted to explain that, “you can not pay your bills if you can not occupy the building”.

The committee didn’t take to this attitude too kindly. Ald. Murphy questioned “isn’t anybody accepting personal responsibility anymore?” And Ald. Wade summed up the committee’s sentiment saying “when it goes wrong it’s somebody else’s fault.”

Opposition to the zoning change revolved around the issue of use, a school, and the loss of available industrial property. Tony Baez, executive director of the Council for the Spanish Speaking, responded to the committee’s sentiment that the change in zoning was a separate issue from the proposed use, stating “I urge you as a committee don’t dismiss what I’m saying.” Summing up his concerns he argued a school at this location “could place children at risk.” Harriett Callier and Marva Herndon, both representing Women Committed to an Informed Community, opposed the zoning change as it would allow the building to be used as a charter school. Joining the opposition, rookie Ald. Perez offered his concerns that the building would be used as a school saying “safety is an issue for me.” Charles Yankee, a foundry owner on Pierce St. argued that, “the continuing erosion of heavy industry areas is going to effect these businesses.”

Despite concerns over the potential use the committee remained focused on the merits of the zoning request and the tax issue. Ald. Murphy sharply explained to Dieter, “I don’t think it’s asking to much that you’re current on taxes.” This sentiment carried the committee, which unanimously voted to hold the file to a special meeting prior to the Common Council meeting, but indicated that if Dieter was able to pay the $68,000 plus in back taxes prior to that meeting the zoning change would likely be approved.

In 2009 Ald. Bohl proposed a resolution (090706) that would have directed the Department of City Development to extend the life of Tax Incremental Districts closing in 2011 and 2012, and to amend existing TID project plans to fund street paving projects within a half a mile of the district boundaries. As all requests to create or extend a TID are approved both by the City of Milwaukee and the Joint Review Board, which includes other taxing entities such as MATC and MPS, the utilization of this new tool was dependent on the agreement of these other entities.

The first test of this new tool was the amendment to TID #34 (091152), to fund street paving projects in downtown Milwaukee. The Joint Review Board declined to act on the measure until receiving a legal opinion from the Attorney General, as to whether or not using TIF funds in this manor was acceptible. Jim Scherer, of DCD, explained that finally, “14 or 15 months later we got an opinion.” The opinion opened the door to the use of TIF dollars for road projects to be funded from districts being extended. 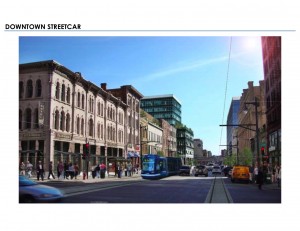 Once the city received a positive opinion from the Attorney General the city worked with the Joint Review Board to create guidelines for using TID funds in this manor. These guidelines were brought to this committee hearing as an amendment (120095 ) to Ald. Boh’s 2009 resolution (090706). The committee approved the amendment, which will now go before the full common council.

Of note, one of Ald. Bohl’s reasons for opposing the Milwaukee Streetcar project was that the Attorney General hadn’t ruled on the legality of re-opening TIFs to fund infrastructure, it appears this concern is now potentially minimized.

One thought on “Zoning Change to be Approved, if Owner Pays Back Taxes”