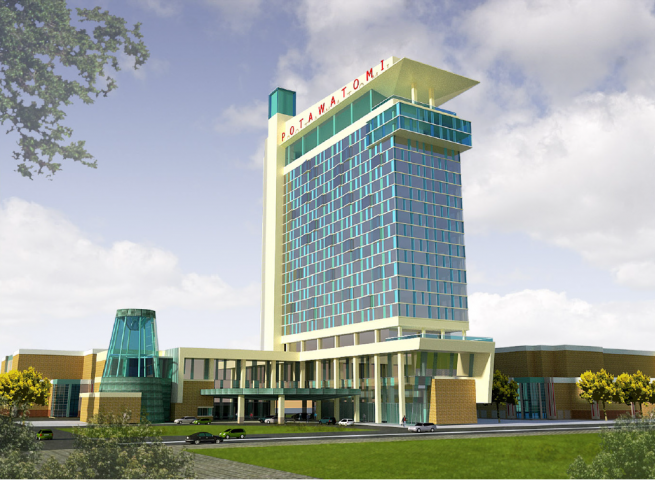 At the April 4th, 2012 meeting of the Zoning, Neighborhoods & Development Committee, two requests for zoning changes were approved, which will allow Potawatomi’s luxury hotel proposal to move forward.  The 20-story, 381 room facility, which will be located at the corner of West Canal Street and West Potawatomi Circle, will have a mix of standard rooms and large suites, and include a full service restaurant, lobby bar, a retail store, meeting rooms, exercise facilities, a bowling alley, spa, indoor pool, club room and a nightclub located at the top of the hotel.  The design features a pedestal base, off white metal panels, an illuminated feature on the roof, and floor to ceiling windows that will be tinted green to match the existing casino’s color scheme.

The proposal was approved, and will now go before the Common Council.