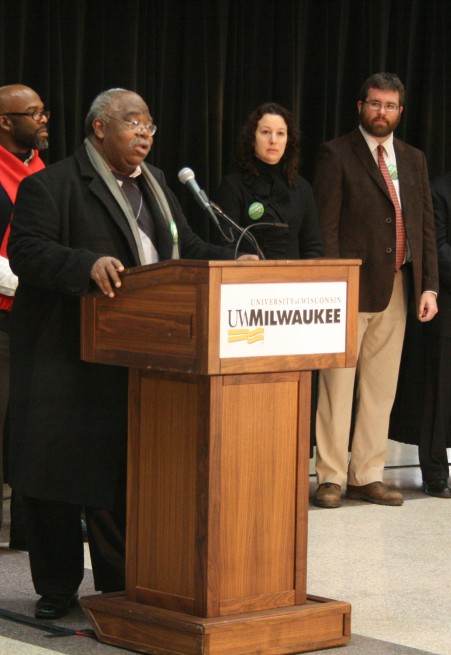 Almost all of Milwaukee County’s suburbs had a referendum question that asked for voter’s opinions on reducing the size of the Milwaukee County Board of Supervisors and reducing the position to part-time during Tuesday’s election. In every community it was asked, voters overwhelmingly voted to reduce the number and pay of supervisors, but what would that achieve?

If the goal is to fix the existing financial issues, simply shelling out less for the Milwaukee County Board is only going to save a penny or two when Milwaukee County is increasingly a dollar short.

If the goal is to prevent another pension scandal or to reduce the number of  politicians that can possibly be charged with crimes (Johnny Thomas and Toni Clark come to recent memory), I’m not sure eliminating positions or reducing their pay would help.

Cutting for the Sake of Cutting

Simply reducing the size of the Milwaukee County Board of Supervisors, and paying those left less money, will not lead to better candidates. If there are fewer Supervisors, the following will still be true.

Paying Supervisors less and asking more out of them seems like a recipe for disaster.

Suburban voters have clearly signaled their displeasure with the Milwaukee County Board (which certainly isn’t a new thing), but cutting the number of Supervisors in half and hoping for more efficiency and lower taxes is akin to giving someone half as much time to take a test and hoping for better results. Milwaukee County’s issues can’t be fixed by simply eliminating elected officials.

There is no question that the latest downsizing of the Board from 19 to 18 members was political payback and a farce, but that doesn’t mean further downsizing isn’t worth discussing as part of a broader reconfiguration of how Milwaukee County delivers services to a county largely made up of incorporated cities.

Authorities, with their own elected or appointed bodies, single mission, and dedicated funding source, would be free of the ugly political fights that pit one service versus another marring the budget process and leaving everyone with a bad taste in their mouth. As the authorities are created the size of the board could be reduced (and be used as a way to entice the suburbs to go along with authority creation). The size of the Milwaukee County Board should get smaller, but with it changes need to come to how Milwaukee County delivers services.