Bill says single parenthood is a factor in child abuse

A bill sponsored by state Sen. Glenn Grothman says being a single parent could lead to child abuse and neglect.

Grothman (R-West Bend) serves on the Child Abuse and Neglect Prevention Board, and the bill he sponsored would require that body to emphasize “nonmarital parenthood as a contributing factor to child abuse and neglect.”

Grothman and Rep. Don Pridemore (R-Hartford), the bill’s co-sponsor, did not return calls for comment.

The Child Abuse and Neglect Prevention Board governs the Children’s Trust Fund in Madison, and Mary Anne Snyder, the fund’s executive director, said the board has not yet met to discuss the proposed legislation or take a stand on it.

However, she said risk factors for abuse or neglect are “cumulative.”

“Single parenting and teen parenting definitely are risk factors for child abuse and neglect, but so are many things,” she said. “It isn’t necessarily causal.”

Snyder said that single parents may have more stress and less access to resources.

“Some of what the Senator is saying is true, but it has to be put into context,” she said. “I really think understanding all the risk factors is critical for making sound public policy.”

The bill is based on a Congressional report issued in January 2011. Called the Fourth National Incident Report, the 455-page report indicates that a family’s structure plays a role in the prevalence of child abuse and neglect.

According to the report, “Children living with one parent who had an unmarried partner in the household had the highest incidence of harm standard maltreatment (57.2 per 1,000). Their rate is more than 8 times greater than the rate for children living with two married biological parents.”

Yet that is just one of many factors listed in the report, issued by the U.S. Department of Health and Human Services’ Administration for Children and Families. Other contributing factors listed include a family’s lower socioeconomic status and unemployment, and it indicated that children in families where there are four or more children are at greater risk for abuse and neglect.

Kenneth Wolfe, the deputy director of public affairs for the Administration for Children and Families, said the intent of the report was merely to present statistics about the prevalence and conditions that precipitate abuse or neglect.

Wolfe said the administration stands behind that data: “The rate is higher than any other family structure. We don’t have a particular opinion regarding that, but it is the data. It’s not making a judgment on particular circumstances.”

Pitre, however, said it was “inappropriate to classify it that way.”

“I think we should be looking at all the contributing factors,” she said. “We believe the scenario, the situation, is much more complicated than that.” 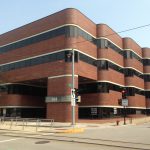 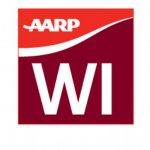