To believe or not to believe

“Hamlet, Faust and Martin Luther walk into a bar” sums up Wittenberg, which Windfall Theatre opened Friday (Feb. 17). This funny play about deep thoughts poses the eternal choice: To depend on our eyes and science or to believe in a higher power for the answers to life? Playwright David Davalos asks the question through humor, sermon and grand Broadway song, but leaves the answer to the audience.

David Flores plays Faustus, the skeptic. He questions faith, organized religion and God. He is fabulous in his regal red doctorate robes and loves his wine, women and song. But Flores brings a sensitivity to the role of Dr. Faustus, who is forced to live the life of believing in his own mind and tactile proof.

When his lover, Helen, a fallen nun turned prostitute spurns his proposal, Faustus faces a life without love or a future beyond his own mind. Flores ably moves from know-it-all blowhard to hurt soul in an instant.

Luther, the only historical character in the play, is well-played by Robert W.C. Kennedy. He captures the Luther I studied in the Lutheran schools of my youth – bold yet struggling and pious yet earthy. His battle to uphold the institution of the Roman Catholic Church while arguing against its practices of selling salvation manifests itself in “gastrointestinal” issues which Kennedy plays straight to Flores’ humorous asides.

The two learned men battle with the question of belief or proof. Hamlet is their foil. Faustus bombards his student, the future King of Denmark, with scientific fact gleaned from “that pollock Copernicus” and encourages the prince to choose a life of intellectual pursuit. Luther, teaches his young ward to look into his heart and be what he believes.  Hamlet ponders the battle between the two ideals, often in variations of “to be or not to be.”

While Wittenberg sounds like a heavy, thought-provoking play and its staging is sparse and dramatic, there are moments that will have you falling out of your chair and begging for the humor to cease.

My favorite scene may be due to my extensive parochial education, but I think a love of word-play is all that is necessary to enjoy Luther’s lecture on the Song of Solomon. Luther, the pious, celibate monk, recites the lust filled lines of the Old Testament book, while a few feet away the audience is treated to the appropriate “ohs,” “ahs,” and “Oh Gods” of Faustus and Helen’s lovemaking. Kennedy’s ability to keep a straight face through it all made the scene all the more delightfully, sinfully dirty.

Through it all, Hamlet struggles with being or belief. Only when tragedy intervenes, does the young prince decide his course.

Wittenberg will help you question what your course should be. As Luther did in 1517, this play will nail the answer for you.

Wittenberg repeats on Feb. 24, 25, 27 and March 1 and 2.  For further information and a link to online ticketing, visit Windfall’s webpage.

Get more out of TCD. Check out our FAQ/User Guide. 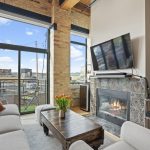 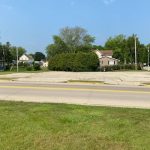