I Killed My Mother

We should all be jealous of Xavier Dolan.At the incredibly young age he wrote, directed and starred in his debut feature film I Killed My Mother,  a film that won three out of the four awards at the Cannes’ Fortnight competition in 2009, beating out high-profile films by Francis Ford Coppola, Lynn Shelton and others.

The precocious Québécois’ film is smart, snappy and a bit irreverent.It’s amateurish, but in the best way possible.You can tell this is Dolan’s first feature by the (sometimes) bland and typical stylization, but his talent is so incandescent that his proverbial cinematic first steps are a delight to behold.

Hubert is a young, artsy and tempestuous teen continuously at odds with his mother Chantal (Anne Dorval), a very (unknowingly) kitschy suburbanite seemingly trying to do the best she can as a single mother.

Their relationship is difficult to watch on screen – they scream at each other, bicker about inane things and are both shown in a less-than-flattering light.

Hubert is self-absorbed and arrogant, while Chantal is messy and obstinate — the film first introduces her in a slow-motion, close up sequence of her eating a bagel with cream cheese smeared around her mouth.Hubert looks across the table, a loathsome expression on his face.

Hubert is, ostensibly, the character you’re supposed to empathize with.Everybody can remember being a teenager and hating their bourgeois, un-hip mother.

However, neither Hubert nor Chantal are let off the hook in this film.Between Chantal’s manipulation and sudden, unforeseen outbursts and Hubert’s self-absorption and self-righteousness, the characters seem pretty irredeemable.

And that is what makes this film remarkable.

It would be so easy for Dolan to make a film that celebrates the bond between a mother and a gay son — something that has special significance for gay men.Yet Dolan makes a much more challenging film – instead focusing on what it means to be a presumptuous teenager: to be a whiny, overly dramatic, self-involved brat.

The fact is, Hubert doesn’t have much to whine about.He’s young and smart, his mother takes care of him and he’s got a dreamboat of a boyfriend (Francois Arnaud).

Chantal does not know Hubert has a boyfriend nor does she know he’s attracted to men until the end, but that doesn’t demand much attention.The word “gay” is not mentioned at all, not even once.

The film could just as easily be about the difficult relationship between a mother and a son with no queer content whatsoever, and that is Dolan’s brilliance. There is no indulgence to LGBT politics, no calls for tolerance that would distract from his ultimately solid filmmaking.

A true snapshot of an emerging talent, I Killed my Mother is gorgeous: equal parts graceful and jarring. A must-see for any cinephile – queer or not. 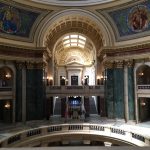