Urban Husbandry is Alive and Well in Milwaukee 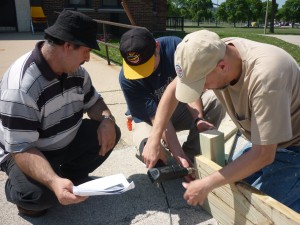 Every once in a while one finds a concept that is simple on the surface, but conveys a set of complex ideas. One such term is “urban husbandry” found in the writings of a contemporary urbanist Roberta Brandes Gratz. In Milwaukee, urban husbandry is not just a theory; it is a key component in the approach in the Healthy Neighborhoods Initiative.

In her work, Gratz calls for a small scale and incremental approach to neighborhood revitalization that she calls “urban husbandry.” In contrast to the belief in large scale redevelopment projects that have characterized many approaches to neighborhood revitalization, urban husbandry offers a different belief– a belief that places can be improved piece-by-piece, slowly, and organically. Urban husbandry recognizes the inherent value in building around what’s already there and promotes the care, management, and preservation of urban neighborhoods. Gratz demonstrates the advantage of low-cost, modest initiatives – actions that help rebuild neighborhoods, reconnect neighbors, and bring about innovative changes that are within people’s reach.

For the last several years the groups participating in the Healthy Neighborhoods Initiative have been taking urban husbandry seriously in a set of middle market neighborhoods in Milwaukee – places that have inherent strengths but are also vulnerable to negative change.

A key pillar in the Healthy Neighborhoods Initiative’s approach in Milwaukee is the small neighborhood project – a prime example of urban husbandry in action. These very local efforts, also called pride projects, are designed to engage neighbors in simple, doable projects that not only make their blocks more livable, but also help bring neighbors together as partners in the care and feeling of those blocks. These projects have included such things as landscaping private and public spaces, alley lighting projects, house lighting projects, coordinated house numbers, the use of house flags, developing small community gardens – all efforts that slowly, but steadily send a message to neighbors and outsiders that the neighborhood is “under control” and that people not only live there but are proud of that fact. 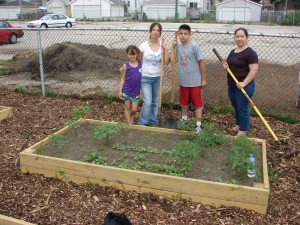 A workday in the garden

A key to urban husbandry is, according to Enderis Park community organizer Bruce Cameron, finding out “what wants to happen” – believing that through a process of engaging neighbors ideas and energies will bubble up….the challenge is to find ways to help those ideas and energies take root.

Unlike many cities that are focused on the “big fix”, Milwaukee city government actually supports these small scale projects both in the neighborhoods participating in the Healthy Neighborhoods Initiative as well as other neighborhoods. These projects don’t cost a lot of money – but they do have a substantial impact on not only the physical environment but the social environment as well – as neighbors get to know each other through work on a common task.

For more information on the Healthy Neighborhoods Initiative in Milwaukee contact Mike Schubert at mfscds@aol.com

Michael Schubert is currently a consultant to the Greater Milwaukee Foundation. He has over thirty five years of experience in community development, working for the last 18 years as a consultant to municipal governments, nonprofits, and foundations. He also served as the Commissioner of the City of Chicago Department of Housing during the first term of Mayor Richard M. Daley.

One thought on “Urban Husbandry is Alive and Well in Milwaukee”