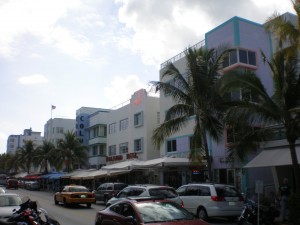 Enhancing Milwaukee’s identity is an elusive endeavor. A city can both make and be given an identity. Some recent town center developments have tried to create identity with one massive all encompassing project. However, authentic identity is the integration of history, tradition, location and a contemporary trajectory that suits the current demands of the world.

In order to create identity it is necessary to create architecture. Architecture is the living embodiment of history, tradition, location and the course we see for the future. The geometries used and the materials employed reflect an evolution in the local building traditions that appropriately reflect its time and place. By its very nature, it is a social, and therefore civic endeavor to create any building in a city or community. The architect, in their most ideal sense, is the communicator of these cultural values. This includes all areas of human knowledge as they are defined to the time at which the building is built, which brings me back to my point on reinvigorating and promoting an identity for Milwaukee. 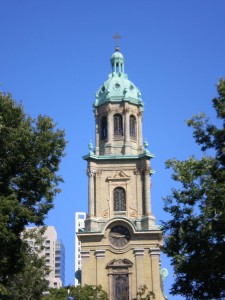 Without the positive promotion of collective history and a dialog of how it has evolved into the city it is today it will be exceptionally difficult to promote an optimistic image of Milwaukee. There is an understated but proud building tradition here that includes buildings like St. John Roman Catholic Cathedral (1847: Victor Schulte & James Douglas), the Mitchell and Mackie Buildings (1876-1879: Edward Townsend Mix: featured in the Atlas of American Architecture by Tom Martinson), City Hall (1895: H.C. Koch), First National Bank (1914: Daniel Burnham), Wisconsin Gas Building (1930: Eschweiler & Eschweiler), War Memorial (1957: Eero Saarinen), Mitchell Domes (1959-67: Donald Grieb), Miller Park (2001: Eppstein Uhen Architects, EKS, inc. & NBBJ), Milwaukee Art Museum (2001: Santiago Calatrava & Kahler Slater Architects) and Kilbourn Tower (2004: La Dallman Architects)*. This long list is just the beginning of exceptionally designed buildings in Milwaukee. In fact, a compilation of well designed buildings goes a long way in making the identity of a city. It is different for every city, but this principle has been repeated in cities around the world. One such fashionable example is the City of Miami Beach.

By the late 1970’s, most of Miami Beach’s vast collection of art deco buildings from the 1920’s and 30’s had fallen into disuse and varying states of neglect. Most of these buildings were inhabited by a mixture of recently arrived immigrants, fixed-income retirees and even criminals, many living below the poverty line and contributing to the an overall sense of decay and urban blight. Although the Art Deco district was listed on the National Registrar of Historic Places in 1979, the demolition of the New Yorker Hotel at 1611 Collins Avenue in 1981, served as a catalyst for the preservation movement in the community. The hotel was considered by many to be the best work by architect Henry Hohauser and a pinnacle late Art Deco building design. Despite this loss, it was fortunate the residents of Miami Beach reacted prudently and forced even typical buildings to be adaptively reused instead of destroyed. This paved the way for new businesses, boutiques, restaurants, entertainment and hotels. Later building designs that evolved from this style occupy infill sites and expand north and south from the Ocean Drive core. Today the essence of Miami Beach’s identity is closely associated with the images of its large assortment of Art Deco buildings. 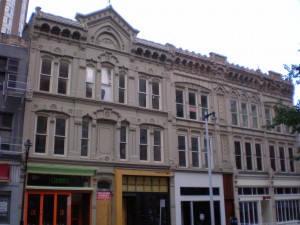 I am not comparing Milwaukee with Miami, it is just my experience. It is unavoidable that buildings are a reflection of the time, culture and community they were built in. No one can tell what the winds of change will bring Milwaukee’s way in the next 30 years. But one thing is for sure, preserving our proud collective history will help to fashion the essence of our city’s identity.

*Information from the book “Milwaukee Architecture a Guide to Notable Buildings” by Joseph Korom.