The Park East Disaster? No 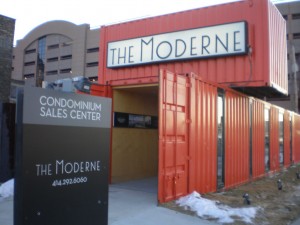 Would Milwaukee be better off with the Park East Freeway spur intact?  No.  Has development been slow so far?  Yes.  Is that a problem?  Only if you have a short-term perspective on the future of Milwaukee.

So we should ask if the Park East Freeway spur was worth keeping or is the long-term benefit more worthwhile than the long-term costs.  One of the big concerns regarding the removal of the Park East Freeway spur was that congestion would increase, but the numbers show that traffic delays peaked after the removal and have settled back to 2001 levels, the last full year of regular operation of the freeway spur.  Access to downtown Milwaukee has actually been improved, because the new street level boulevard allows drivers to turn on to more streets than the freeway spur allowed.  Simply, looking at it from a cost point of view, the freeway spur’s repair costs at the time of its removal were estimated at $100 million, clearly this is significantly more expensive to maintain than a street level boulevard.  From a tax base point of view, the freeway limited development of property, not just under it, but near it, and although it has yet to develop, the potential is at least there, and some neighboring properties have added to the tax base.

The big complaint in regards to the Park East is that development has been slow to take hold in the area.  Unfortunately, there is truth to this, but looking at the edges of the Park East corridor it is clear investment is starting to take hold.  Developments such as the North End, the Flatiron, the Aloft, the Brewery, and the soon to break ground Moderne are a direct result of removing the Park East Freeway spur.  These would of been undesirable sites to develop, because of limited access, a perceived disconnect from downtown, and the blighting influence of locating in the shadow of a concrete ramp.  Finally, Milwaukee has already proven it can fill-in underutilized land. The Park East Freeway was supposed to extend to the lakefront and the land was cleared for it, but the freeway never happened and the land sat vacant for years (east of the spur that was built).  That land now contains a long stretch of residential apartments, a Pick ‘n’ Save, and fits in the neighborhood fairly well.  It’s unfortunate that this land was ever cleared, but it shows Milwaukee can reclaim once underutilized land and can do it again.

There is no question that there are a number of factors that have slowed development in the Park East.  The lot sizes that Milwaukee County is attempting to sell are too large, which limits the number of developers able to participate and forces the scale of the development to a point that requires very significant financing.  It’s also possible Milwaukee County’s PERC regulations have limited the number of developers interested in developing within the Park East.  Further, these regulations may have played a role in developers requesting TIF’s from the City of Milwaukee to finance projects, though the existence of a direct relationship isn’t clear.  The problem that has come up more than once is developers having to deal with two levels of government with differing goals.  A clear example of this is RSC & Associates’ Park East Square proposal.  Milwaukee County closed on the land sale, despite RSC & Associates lack of financing, fluctuating plans, and continued attempts to gain City of Milwaukee financing for the project.

The opportunity lost had Milwaukee not removed the Park East Freeway spur was simply too great to miss out on, but it does seem it’s time for Milwaukee County to get out of the way and allow the City of Milwaukee to control the land in order to expedite development.

25 thoughts on “The Park East Disaster? No”