Riders on the Earth Together 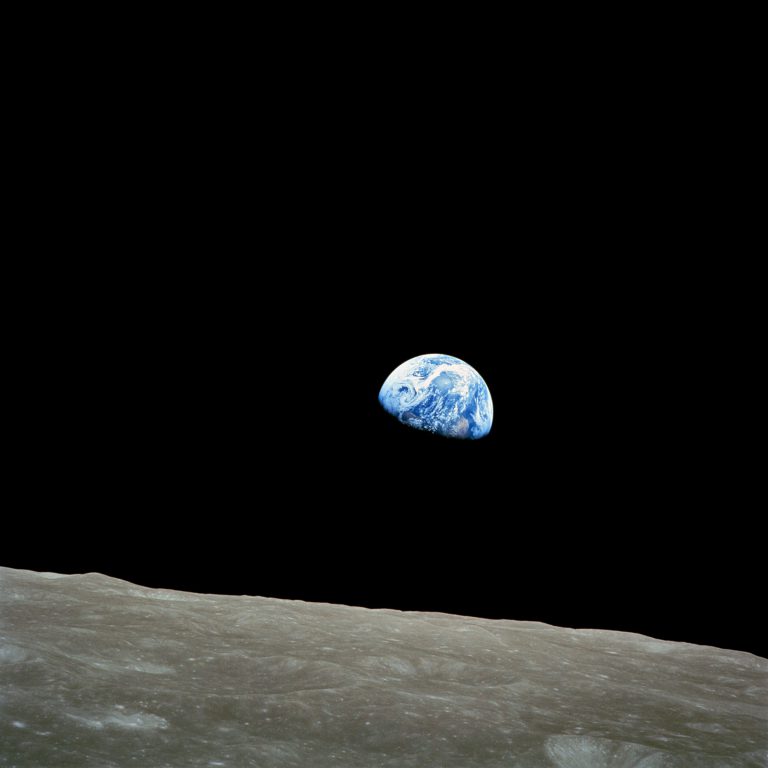 Forty years ago, a very miserable year ended with a miracle.

No matter how bad the economy is today or how terrible things seem to be going nationally and globally, 1968 was worse; really, really worse.

The Vietnam War was raging in Southeast Asia, bitterly dividing the nation. The civil rights movement was dealt a horrible blow when the assassination of the Rev. Martin Luther King, Jr. set off protests and riots that devastated many of the nation’s metropolitan downtowns.

A divisive presidential election was marred by another shooting death, the assassination of Robert Kennedy, a mere two months after the King murder.

Then there were the protests at the Democratic National Convention in Chicago where television cameras caught police cracking demonstrators over their heads with billy clubs.

As New Year’s Day approached, many people felt less like celebrating than simply grumbling “Good Riddance” that the Annus Horribilis of 1968 was coming to an end.

But the nation and, in fact, the world were treated to a truly, jaw-dropping “Oh My God, That’s Amazing,” moment on Christmas Eve when Frank Borman, James Lovell and William Anders sent greetings to Earth as their Apollo 8 spaceship circled the moon.

Christians, Jews, believers of all kinds and even non-believers reacted in shared awe as Borman read the first passages of Genesis while images of the moon and the more distant Earth were broadcast back to us on this suddenly small, fragile planet.

If you weren’t born then you may find it hard to understand the significance of that moment. After all, astronauts are now sent up into space almost routinely and the world’s attention is more likely to be riveted by the latest exploits of Paris Hilton than yet another shuttle launch.

But sending human beings beyond the earth’s atmosphere for the first time and circling them around the moon before returning them safely home, was a remarkable event, forever changing our understanding of our potential and our relationship with our universe.

We had a major event this past year that has often been referred to as transformative. In some ways, Barack Obama’s election was a similarly seismic event that held the world’s attention since it broke a barrier few imagined would fall in our lifetimes.

As I’ve said before, the true test of Obama’s presidency won’t really begin until he is inaugurated. Let’s hope that years from now historians will look back on the next four or eight years and declare that the passage of comprehensive health care reform, implementation of a sensible energy policy and the launching of multilateral negotiations to help solve the many disputes around the world was proof that the Obama administration was truly transformative.

But in one way, the two events, the election of an African American president and the voyage of Apollo 8 are similar.

Both signify that those of us on this planet share so much in common that it’s a wonder that we find so much to fight about. And our future is inextriably linked with the frail health of this rock on which we live.

Poet Archibald MacLeish perhaps put it best with these words inspired by Apollo 8:

“To see the earth as it truly is, small and blue and beautiful in that eternal silence where it floats, is to see ourselves as riders on the earth together, brothers on that bright loveliness in the eternal cold.”

I wish all of you the very best of holidays and a most terrific New Year.