The con is on once more. Moliere’s classic tale of deception through feigned piety climbs the stage again in a glossy, big-budget Milwaukee Rep production. Just months after the Skylight Opera closed its production of the musical adaptation of Moliere’s comedy, The Rep opens a more traditional interpretation of the story. Director Joseph Hanreddy has opted for a highly kinetic slapstick approach that engages the audience without any real attempt to find any deeper insight into Moliere’s masterpiece.

Longtime Rep Resident Acting Company member Lee Ernst plays the title role of a religious hypocrite who schemes his way into the household of a wealthy man in the interest of taking him for as much as he can get. Ernst is explosively over the top. He’s taken the role to the edge of physical comedy and beyond. Rarely has he been so animate on stage. It’s the type of performance that bigger audiences adore, but it leaves something to be desired from jaded theatre critics. Moliere’s script leaves an impressive amount of room for plumbing the subtle depths of human manipulation with the title character. Ernst’s performance here possesses a manic disregard for subtlety. It may be fun to watch, but it’s a guilty pleasure.

The decision to do Tartuffe as somewhat highbrow slapstick doesn’t drown ALL the subtleties of the play. Marianne, daughter of Tartuffe’s victim, is played here with an insightful flourish by Emily Trask. When Orgon (played here by Peter Silbert) offers Tartufe her hand in marriage, it complicates things considerably for Marianne, whose heart belongs to another man. In so many productions this role gets played simply as the comedy of over-emotional youth being hopelessly dramatic about young love. Trask’s performance goes way beyond this. Her rendering of the character has a playful kind of sympathy for it. Trask seems to have brilliant instincts for subtle physical comedy.

At one point, she’s face down on the floor center stage in emotional grief. All is silent. She raises her head ever so slightly and lets it fall. The audience laughs. The production lingers on this moment for just a bit longer. Dorine (a sharp Elizabeth Ledo) cautiously says a few more things to her. Marianne ever-so-delicately pounds her head into the floor a couple more times. It’s never overdone. Trask’s timing is perfect. We feel just a bit more for Marianne than less accomplished productions have managed in the past.

Most of the rest of the people in the cast follow their usual strengths in roles that they fall into quite nicely. Rose Pickering carries her considerable stage presence to this production in the role of Orgon’s respected mother who has nothing but respect for Tartuffe. Deborah Staples is charming as Orgon’s wife Elmire, who is forced into the unenviable position of having to attempt to snare Tartuffe to reveal his hypocrisy. Jonathan Gillard Daly is shrewd as the honest, respectable Cleante. This is a thoroughly professional cast putting in a thoroughly professional production, but it’s moments like those little flashes of brilliance from Emily Trask that make The Rep’s Tartuffe worth a look, even for those who’ve seen recent productions elsewhere. VS

The Milwaukee Rep’s production of Tartuffe runs now through May 6th at the Quadracci Powerhouse Theater. Tickets range in price and can be purchased by calling the box office at 414-224-9490 or online at www.milwaukeerep.com.

Back in the News: Journal Sentinel Ads Will Drive Stories? by Bruce Murphy 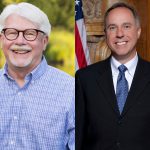 Murphy’s Law: Robin Vos To Face Opponent After All by Bruce Murphy