Merry Christmas From the Folks at the Death Notices

The Death Notices of the Milwaukee Journal Sentinel have traditionally been viewed as a dignified, if expensive, opportunity to inform family, friends and the community about the death of a loved one.

On Christmas Day, Saturday, December 25th, 2004, the solemnity of the Death Notices was interrupted as the mortuary billboard took on the aspect of a personalized greeting service.

Sandwiched between the notices for Melms, Rosemary A. and Plummer, Catherine was a brief “death” notice that read, “Merry Christmas” DuWayne, Love Susie.

Milwaukeeworld.com was somewhat affronted to see this irrelevant and extraneous message within the confines of the Death Notices, and we called the Journal Sentinel to see if this was a sign of a new revenue initiative for the corporation.

Bob Scanlan of the advertising department took the call on Monday. It was the first he had heard of the “Merry Christmas” message, which lent credence to milwaukeeworld’s long-held suspicion that nobody ever proofreads these things.

“The ad should not have happened,” he said.

We asked if the advertisement was placed by an outsider, although we suspected it was probably an in-house prank perpetrated by DuWayne or Susie.

After a period of time, Scanlan called back and reiterated that the advertisement “should not have been there. This will be taken care of internally,” he said. The person responsible “is not in today,” he said.

So, was this a case of a Death Notice employee taking advantage of the boss’ inattention to slip in a holiday greeting to a friend? Very likely. However, Scanlan left open the possibility that it was a legitimate advertisement that had been “miscoded,” which would be a first for the Death Notice section from what we can tell.

Let us hope the Journal Sentinel Death Notices personnel would concentrate on improving their own wretched spelling and compositional weaknesses rather than tax the bereaved of this community with their unauthorized holiday messages. Death should be a serious affair, after all. 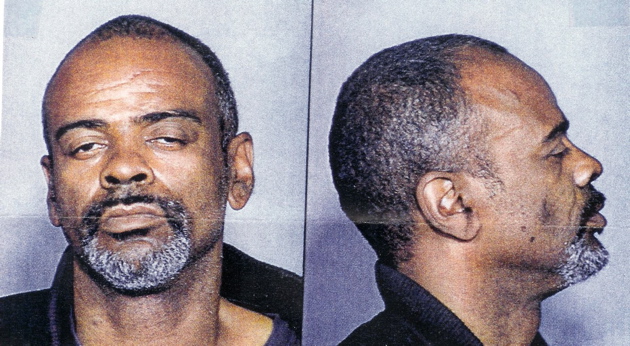 This trusty-looking fellow is Thomas C. Bell, born on August 25, 1957. Don’t let his honest visage fool you – Bell is a convicted thief with a passion for art. He is believed responsible for a number of thefts of art, although his past indicates he will steal just about anything. Who he gets to buy the stuff, nobody knows, although he has also been busted for drug paraphernalia possession, so that might be a clue.

Apparently, Bell is not much of a connoisseur – he seems to be attracted to art because it is easy to heist, and usually carries an impressive price tag.

Bell has an appointment in court on January 20th to discuss several of the retail theft charges pending against him. It could not be immediately determined if he was in custody at the time of this writing.

The new year will bring big changes to the Milwaukee Journal Sentinel, we predict in our only prediction for the upcoming year. Management will face exciting challenges to cut up to 15 percent of the staff at the daily newspaper. This will leave an awful lot of reporters looking for something to do.

Gee! No wonder writers like to do predictions – they’re fun, short, and require no research. So, here’s one more: the ultimate beneficiary of any merger of the Wisconsin Center District and the Bradley Center will be – Senator Herb Kohl.

Kohl would desperately like to get his hands on the sweet, sweet flow of the one-half-cent tax revenue generated by the district. A new stadium, paid for in part with taxpayer monies, would help Kohl dress up his team so that it could ultimately move away to a richer market, at which point nobody’s senator (but yours) will cash in.

There is simply no reason why Herb Kohl, who is already sacrificing so much as a United States Senator, should have to be out-of-pocket $16 million a year just because the team he owns happens to play in an antiquated facility in a small market.

Also, it would be unconscionable to expect Bradley Center fans to pay more than the $100 they already shell out for a distant seat in the glorified hockey stadium where the Bucks are forced to play.

The most fair solution to Herb’s personal financial difficulties would be to spread them upon all taxpayers in the metropolitan area. For a central city family spending $10,000 per year on taxable goods, the amount would be a trifling $50 – barely enough to buy a ticket in the nosebleed seats.

A post-election poll has shown that a majority of Americans think the war in Iraq is a mistake and are concerned that there is no exit strategy for the conflict.

Imagine! Thank goodness the election was waged over more important topics like Gay Marriage and that voters did not cast their ballots on such frivolous topics as life and death.

The S-martinko Theatre Underground hopes to keep the issue of the war in the mind of the public when it initiates street theater in a new location – The Brady Street Pharmacy, 1696 N. Astor Street.

The group plans to present “Bring the War Home,” described as a one act to stop the war in Iraq.

The group is looking for volunteers in any aspect of theater production, and is also looking for donations.