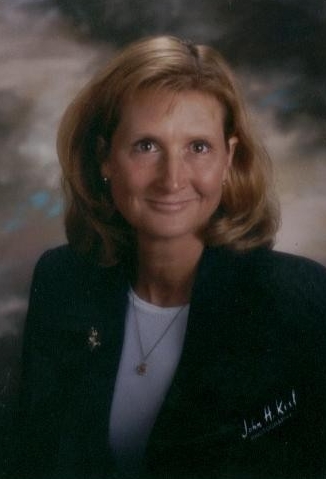 LaMue, a UW-Oshkosh graduate and central Wisconsin native, has 18 years of economic development experience in Wisconsin, four with the WEDC. Prior to joining WEDC, she served as the executive director of Centergy Inc., a regional economic development organization serving five counties in central Wisconsin. She has also served as the vice president of economic development of the Greater Green Bay Area Chamber of Commerce and the executive director of the Marshfield Area Chamber of Commerce & Industry. As vice president of WEDC’s Economic and Community Development Division, LaMue oversees the development and execution of programs designed to foster business expansion and community revitalization across the state.

LaMue has represented the state of Wisconsin on the MAEDC board since 2012, having been elected as a board member by the organization’s general membership. She became the organization’s membership chair in 2014 and served as first vice president and treasurer in 2015. She was appointed board president by MAEDC’s executive committee and confirmed by the council’s members at its annual meeting in December.

“Barb’s appointment as MAEDC’s board president is a testament to her expertise and leadership,” said WEDC Secretary and CEO Mark Hogan. “Working with thought leaders within the state and across the nation to share ideas and develop innovative solutions to economic development challenges is part of WEDC’s mission to advance and maximize opportunities for businesses, communities and people to thrive in a globally competitive economy.”

About the Wisconsin Economic Development Corporation

Ted’s Pizza Palace to receive up to $10,000 to help give business facelift

Winner to receive up to $10,000 to give their business a makeover this spring