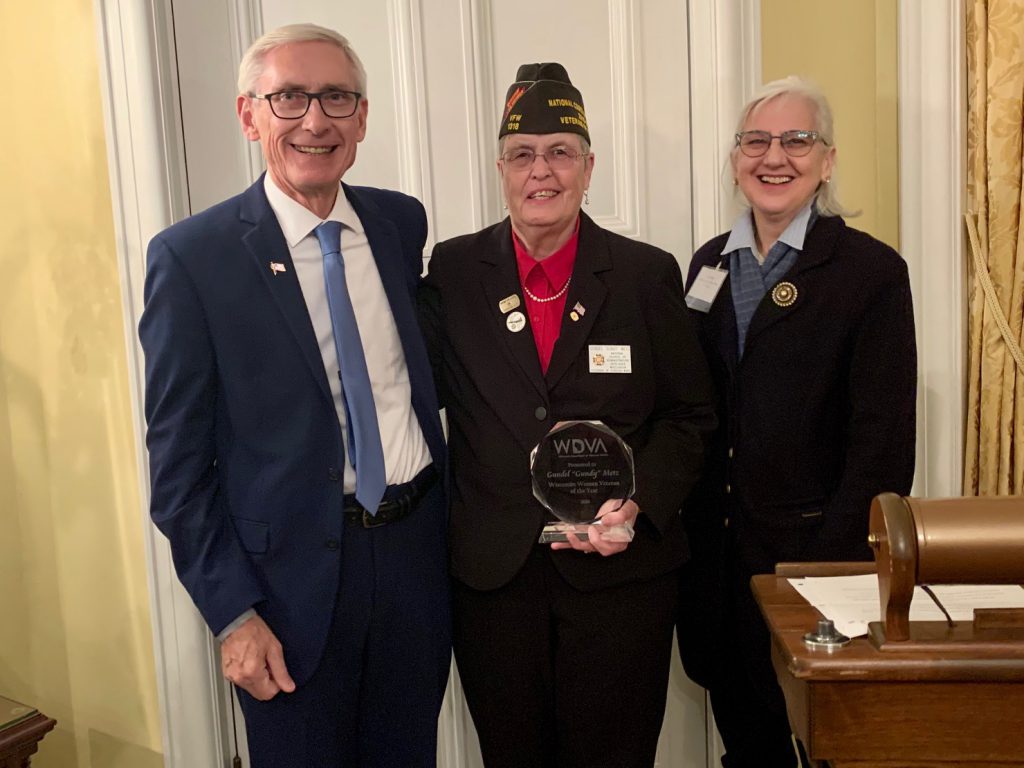 Metz, a Madison resident, served on active duty in the Army for two decades (1975-1995), receiving numerous decorations, certificates, and accolades for her military service. Upon Metz’s retirement from the Army, she shifted toward a career in serving veterans in her community.

“Gundy’s commitment to service, even after wearing the uniform, serves as an example of the person we should strive to be,” WDVA Secretary Mary Kolar said. “Gundy’s tireless work on behalf of veterans and her strong leadership ability has helped our state in our mission of better serving veterans and their families. Her guidance and advocacy have paved the way not only for women veterans, but all those who bravely wore the uniform.”

While serving as the WDVA’s Women Veterans Coordinator (2006-2011), Metz advocated on behalf of Wisconsin’s women veterans population while also making it her personal mission to track down veterans’ military records. She is also credited with leading initiatives to assist homeless and incarcerated veterans, and also creating a fundraising effort known as “Operation Ruck 22” to raise awareness and help curb veteran suicides.

Most recently, Metz was elected to serve as the State Commander of the Veterans of Foreign Wars Department of Wisconsin, leading 263 posts across the state and representing more than 28,000 members. She was responsible for organizing and sending a delegation of veterans to Washington D.C. to advocate for legislation that has had positive, long-lasting results for Wisconsin veterans and their families.

“My personal mission has been to continue helping and serving veterans and their families to the best of my ability,” Metz said. “I’ve enjoyed leading by example so that other women in the military — and those in the veterans’ community — can exceed the things I’ve accomplished.”

Metz was formally presented the award by Gov. Tony Evers and Secretary Kolar during a ceremony Thursday evening at Gov. Evers’ Executive Residence in Madison. Click here for photos of the award presentation.

Created in 2009, the WDVA’s Woman Veteran of the Year Award recognizes women veterans in Wisconsin who have compiled records of exemplary service as military service members, veterans, and outstanding members of their communities.

Seventeen women veterans from around the state were nominated by their peers for the 2019 award, and each were scored by a five-person panel based on a number of criteria such as contributions to the veterans’ community and the resulting impact.

The WDVA also honored four women veterans with the “Women Veterans Impact Award.” The following recipients were among the highest-scoring nominees through the selection process. Each received certificates commending them for their contributions to Wisconsin’s veterans’ community.

Since starting in 2015, the WDVA’s nonprofit grant program has awarded more than $1 million in funding to organizations that have a goal of ensuring veterans and their families are properly cared for in Wisconsin.