"Growing up in Milwaukee, Vel Phillips is one of those people who inspired me to get involved in politics." 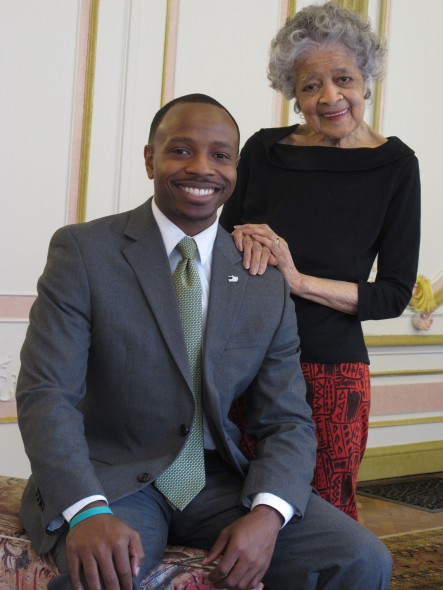 “I am pleased to support Chevy Johnson’s bid to serve as our Second District Alderman. Chevy has served our community tirelessly at the YMCA, Community Brainstorming Conference, and Mayor’s office. I am confident in Chevy’s commitment to Milwaukee, and his pledge will only deepen as an Alderman,” noted Ms. Phillips.

“Growing up in Milwaukee, Vel Phillips is one of those people who inspired me to get involved in politics. She is the person who really broke through and created a path for African American men and women to run for office. I am at awe that such an iconic  person and community champion like Vel Phillips would endorse my campaign for Alderman. I look forward to meeting and surpassing her expectations for me,” commented Johnson.

Chevy looks forward to working on issues such as economic development, infrastructure investment, and public safety.