The project will create and maintain a kind of “seed stock” for breeding kelp with genetic traits best suited for mass production. 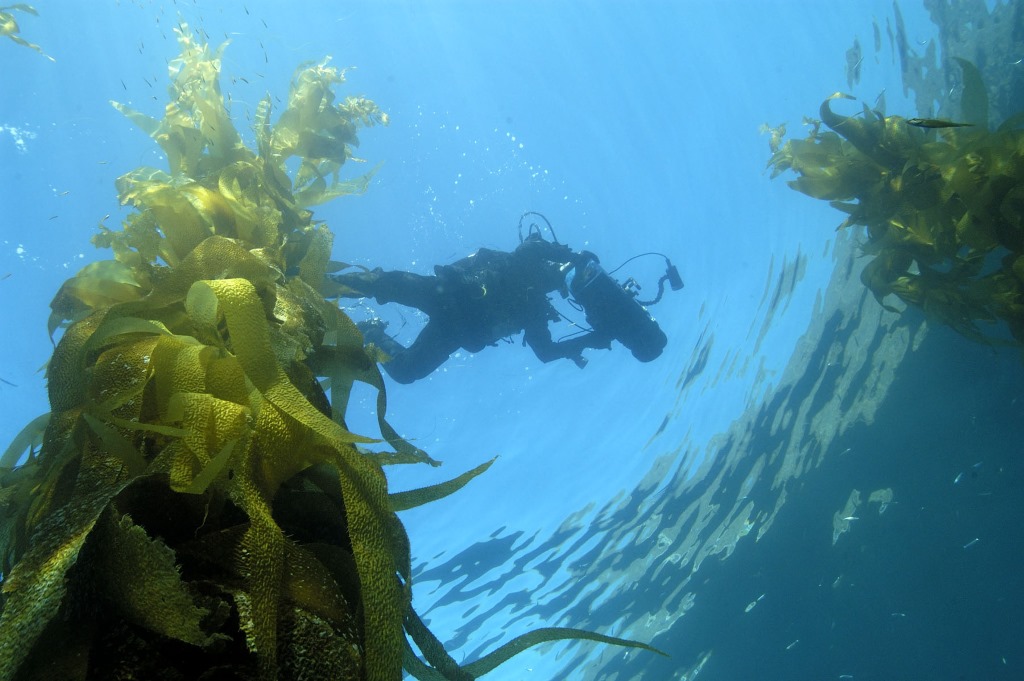 What agricultural product would allow bioenergy to claim a bigger piece in the U.S. green energy portfolio without competing with food crops for land and water?

The U.S. Department of Energy thinks seaweed – and specifically giant kelp – is a feedstock contender because it is the fastest growing organism on Earth.

“The idea of this program is actually to develop off-shore sea-farming,” said Alberto, associate professor of biological sciences. “Even with all the advances in biotechnology to extract biofuel from brown algae, we still have to scale up production to use kelp as a sustainable biomass.”

By sequencing the genome and linking the plants’ observable traits to pathways in the DNA, Alberto and colleagues at UC-Santa Barbara, the University of Southern California and the J. Craig Center Institute will ultimately create selected giant kelp lines that are cost-effective and environmentally sound to farm.

Alberto and his lab members bring an expertise in kelp population genetics and natural history to the project.

That range of diversity will help the scientists identify traits that make the crop sustainable even in environments that are not optimal. Although the marine plant naturally grows rapidly, mass-cultivation introduces new challenges, Alberto said.

One problem is that off-shore waters contain fewer of the nutrients than exist in coastal areas. Can selective breeding result in, for example, varieties of kelp that can maintain or even increase their growth rate on less food?

From the sequenced genome, the lab members will make associations between each change in the genomic structure of the DNA and a particular trait. That information will form the basis for a predictive model of how robust a particular cross will be.

Lab members will start by producing individual male and female lines for mating, with the goal of producing about 500 different crosses. Then they will plant the offspring in a farm off the California coast and monitor their performance.

From the sequenced genome, the research team aims to find associations between each change in the genomic structure of the DNA and a particular trait. That information will form the basis for a predictive model of how robust a particular cross will be.

Dec 13th, 2021 by University of Wisconsin-Milwaukee

Dec 2nd, 2021 by University of Wisconsin-Milwaukee