Unconstitutional Right-to-Work only part of the problem 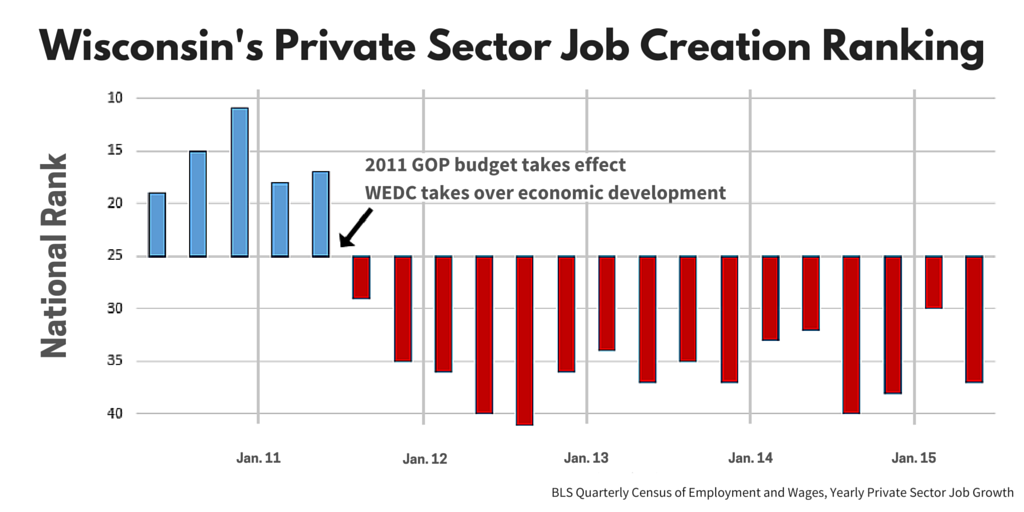 MADISON – As Republicans scramble to defend their unconstitutional Right-to-Work law, many are asking: “Why?” The law, supported by out-of-state billionaires like Donald Trump, has contributed to Wisconsin’s job stagnation and economic uncertainty. Since Republicans took control in 2011 and enacted a slew of right-wing policies to drive down worker wages and erode workplace freedom, Wisconsin has seen 16 consecutive quarters of below-average economic growth.“From day one, the Republican majority in Madison has been more focused on serving out-of-state special interests than hardworking Wisconsin citizens,” said Senate Democratic Leader Jennifer Shilling (D-La Crosse). “The results we’ve seen are a reflection of those misplaced priorities. The fact that this latest attack on worker wages has been ruled unconstitutional should be a wake-up call that we need to chart a new course and look for ways to grow our middle class.”

Wisconsin’s decline in job creation and fiscal mismanagement since Gov. Walker and Legislative Republicans took control in 2011 has been profound and devastating. While neighboring Midwestern states have enjoyed robust job creation and wage growth, Wisconsin continues to struggle with mass layoffs, stagnant family wages and a shrinking middle class.

“Whether you look at the unconstitutional attacks on worker wages, the inaction on student loan debt or the massive tax breaks for out-of-state corporations, Republican policies have hurt Wisconsin families,” added Shilling. “Democrats have a plan to turn things around and grow our state. We want to invest in communities, encourage innovation and expand economic opportunities for everyone who’s willing to work hard and play by the rules. From student loan debt relief, childcare assistance and new retirement saving options, Democrats will continue to stand up for Wisconsin’s working families.”