The American Rescue Plan includes the Butch Lewis Emergency Pension Plan Relief Act that will save the retirement benefits of 22,500 pension plan participants in Wisconsin

WASHINGTON, D.C. – U.S. Senator Tammy Baldwin worked to successfully secure provisions in the American Rescue Plan that will ensure workers and retirees – including 22,500 in Wisconsin – can keep the retirement they have earned so their families and livelihoods are not put at risk. Baldwin voted for the American Rescue Plan that President Joe Biden signed into law in early March.

“There are about 22,500 workers and retirees in Wisconsin who were facing massive cuts to their pensions, through no fault of their own. There are also more than 100 employers in the state that were on the hook for a pension liability they may not have been able to afford. I worked for six years with Wisconsin workers and retirees to make sure they would get the pensions that they worked for and earned, and finally, we were able to get this done in the American Rescue Plan,” said Senator Baldwin. “This is a big deal, and I am so proud that now these Wisconsin workers and retirees have the peace of mind of knowing that their pensions will be there for them and for their families when they need it. A pension is a promise and it should be kept.”

Multiemployer pensions provide retirement income to over 10 million hard-working Americans for approximately 200,000 employers across America. Over one million of these workers and retirees – including 22,500 in Wisconsin – were in danger of losing their hard-earned benefits. Even before the COVID-19 crisis, the Pension Benefit Guaranty Corporation’s (PBGC) multiemployer program was facing insolvency by 2026. The economic impact of the COVID-19 pandemic has exacerbated what was already a crisis for our pension system.

The American Rescue Plan addresses this crisis with provisions from the Butch Lewis Emergency Pension Plan Relief Act, which will:

Over $4 million in initial federal funding for Wisconsin

Bipartisan legislation would create new opportunities for young people to work on hunger, education, economic challenges while earning a pathway to pay for college or student debt 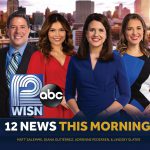