MILWAUKEE – In response to news reports that the State Department is considering the deportation of up to 4,500 Hmong and Lao residents of the United States, Milwaukee County Supervisor Felesia Martin released the following statement:

“Separating families is wrong and contrary to everything we stand for as Americans. Hmong and Lao refugee families are part of our community: we know them as hardworking, successful farmers and entrepreneurs, as the classmates of our children, as our co-workers, and as our neighbors. Tearing apart refugee families who have put down roots here and deporting people to countries where they have few ties is cruel and will only drive Americans further apart. I stand with my Hmong and Lao neighbors and against the racist policies of the current president,” said Supervisor Martin.

"Renaming this park is one small thing we can do to acknowledge and show respect to the indigenous people."

This Weekends Protests Against Police Brutality by Graham Kilmer 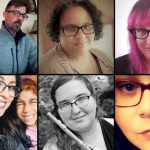