MILWAUKEE (April 24, 2018) – Summerfest officials are excited to announce the highly anticipated lineup of headliners slated for the NEW Klement’s Sausage and Beer Garden during Summerfest 2018.

The Klement’s Sausage and Beer Garden will feature the following headliners:

“Klement’s is thrilled to help bring these wonderful local performers to Summerfest, said Tom Danneker, President & CEO of Klement’s Sausage Company. “Like Klement’s, they are helping make the World’s Largest Music Festival even better with a little hometown flavor. We are proud to showcase these musical acts in the Klement’s Sausage and Beer Garden at Summerfest this year.”

Located on the North End of Henry Maier Festival Park, the Klement’s Sausage and Beer Garden will feature acoustic music from 2-8 p.m. daily, spotlighting local artists. Modelled as a “backyard” picnic-style area, there will be a seated lounge area, picnic tables, and barbeque grills, as well as locations to purchase Klement’s products.

Ticket prices for Summerfest 2018 are among the most affordable in the world for any major festival. General admission tickets are only $21 and $14 for weekday tickets (valid prior to 4:00 p.m.). In addition, the following offers are available to purchase in advance:

All performers and show times are subject to change. Please check Summerfest.com for updates, to purchase tickets and to see the full Summerfest lineup. 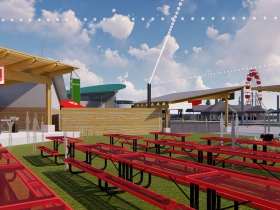 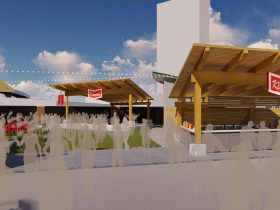 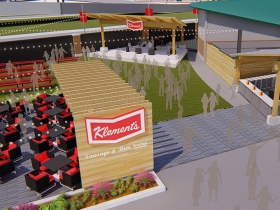 Following its 1968 debut, Summerfest presented by American Family Insurance has evolved into what is now recognized as “The World’s Largest Music Festival” and Milwaukee’s cornerstone summer celebration, hosting the music industry’s hottest stars, emerging talent and local favorites along with approximately 850,000 people from Milwaukee and around the world each year for an unforgettable live music experience. During the festival, the spotlight shines on over 800 acts, over 1,000 performances, 12 stages delectable food and beverages and interactive activities, all in a world-class festival setting. Summerfest 2018 takes place June 27-July 1 and July 3-8, 2018, closed on July 2. For more details, visit Summerfest.com, Facebook.com/summerfest or Twitter: @Summerfest.

Klement Sausage Company, established in 1956 by three brothers, John, George, and Ron Klement in Milwaukee, Wisconsin, is Milwaukee’s hometown sausage company. Klement’s employs over 350 people in its two Milwaukee plants. The company has grown from a small sausage kitchen to one of the largest producers of sausage products in the U.S. – all while staying true to its hometown and traditions.  Klement’s believes in handcrafted production – meticulously making delicious sausage products the way it used to be done in butcher shops. A small batch focus and “made with care” philosophy supports a compelling attraction for consumers who seek artisan food experiences. The company manufactures fresh sausages, cooked and smoked sausages, summer sausages and snack sticks.