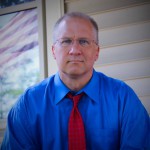 NOTE: Espeseth, the author of this press release, is running for a seat currently held by Weishan.

The complaint alleges that Supervisor Weishan falsified numerous nomination petitions filed with the Milwaukee County Elections Commission to be placed on the ballot for the upcoming Spring Election next Tuesday, April 5th. Additionally, the complaint alleges Supervisor Weishan is being investigated for misconduct in office and lying under oath to the Elections Commission.

Scott Espeseth, the challenger to represent 16th Supervisor District, spoke out on the matter. “Fraud like this must be removed from the electoral process. If he’s defrauding the voters during an election and given his past campaign behavior, it’s logical to question whether the same behavior is being carried over to the office he holds,” Espeseth said. “As a future elected official I will strive to hold myself and my colleagues accountable to always follow the rules and laws and to never stand for fraud, unethical or unprofessional behavior in elected office.”