"The support of State Representative Brostoff adds to the growing momentum in our campaign." 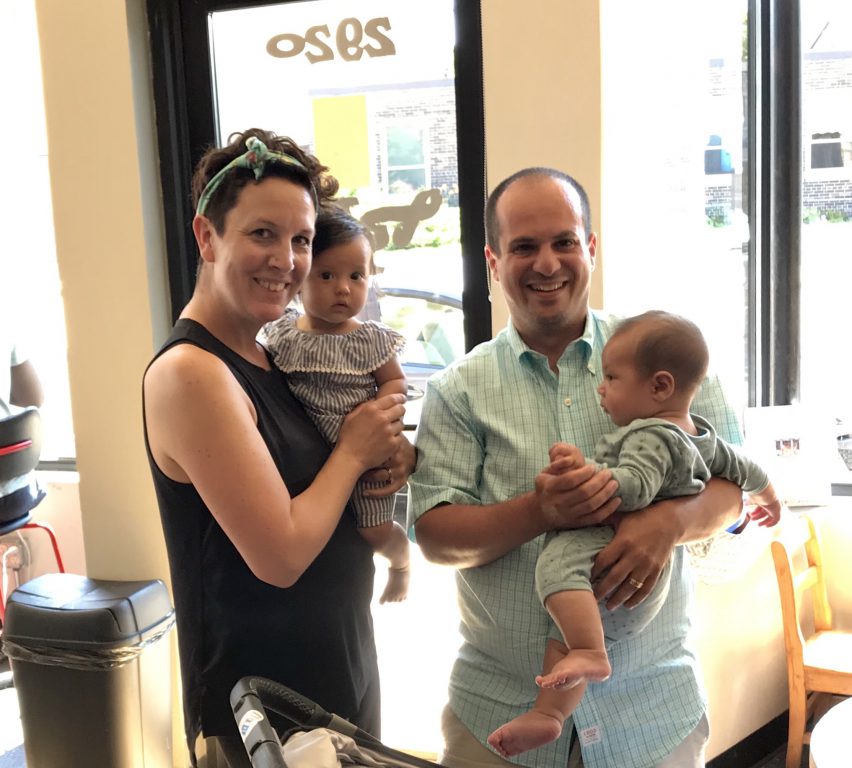 Marina and her baby Zoe, Jonathan and his baby Boaz. Photo courtesy of Marina for Milwaukee.

Today, Milwaukee County Supervisor Marina Dimitrijevic released another strong endorsement in her campaign for Alderwoman. With the support of State Representative Jonathan Brostoff, Marina has secured an endorsement from every local and state elected official in District 14.

“I’m proud to stand with Marina Dimitrijevic for Alderwoman. Her policy priorities on racial justice and police reform are exactly what we need in the City of Milwaukee right now,” said Representative Brostoff.

“The support of State Representative Brostoff adds to the growing momentum in our campaign. Jonathan and I share the same progressive values and I am honored to have secured his endorsement. Representative Brostoff and I will continue to work together to implement policies that improve the lives of working families in Milwaukee,” said Milwaukee County Supervisor Marina Dimitrijevic.

Marina wants strong public schools like the MPS schools she attended and that her son Rafael attends. She will work for more peaceful streets, an expanded health department, additional recycling, and great libraries for all. Our city can be better and we can move it forward together.

Marina lives in Bay View with her family and has been elected to serve our neighborhood since 2004. She has a Bachelor’s Degree in Political Science and a Master’s Degree in Nonprofit Management. Readers of the Shepherd Express have named her the, “Best Milwaukee County Supervisor” each year.
Check out Marina’s Facebook page here to see current campaign updates.

Marina’s plan is simple and powerful: listen, build, and be better for all of us. Go to her website to learn more about her experience, community commitment, and her vision for our city.

Let’s ask every Milwaukeean how we should rebuild our city