Washington, D.C.—Congressman Jim Sensenbrenner (WI-05), the former chairman of the House Judiciary Committee and author of the 2006 reauthorization of the Voting Rights Act, delivered the following statement at today’s committee markup of H.R. 4: 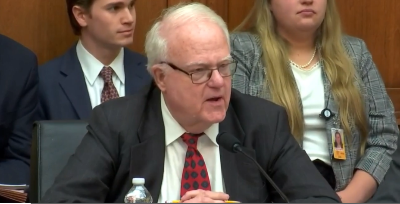 (You can watch his remarks here)

Unfortunately, moving H.R. 4 today is going to set back efforts to fix the mistake that the Supreme Court made in the Shelby County case.

Every civil rights bill since the 1950s that have passed and been signed into law has been done on a bipartisan basis. This bill is not.

Now, following the Shelby County case, I was involved in a number of negotiations with people on the other side of the aisle to figure out what we could do to come up with a compromise bill that would attract bipartisan support. We were able to achieve that, but there are those who are opposed to the entire philosophy of the Voting Rights Act, specifically pre-clearance that ended up obstructing bringing that out.

During those negotiations, people on both sides—Republicans and Democrats—gave things up to try to reach something that would get bipartisan support. We were successful in doing that.

What has happened in this bill is that all of the things that Democrats gave up gets back in the bill. It’s kind of like the phoenix rising from the ashes. But none of the things the Republicans gave up end up going back into the bill. So, again, it is undoing the bipartisan negotiations that occurred in 2014, 2015, and 2016.

As a result, this bill will pass the House, it won’t go anywhere in the Senate, and is another partisan move that has made something, previously bipartisan in nature, partisan. It is a poison pill. It will be viewed that way. It will never become law.

So I’m not going to vote for this bill, despite my record and support of voting rights protections. I do believe that of all of the civil rights laws that were passed in the 50s and 60s, the Voting Rights Act was the most important and provided the most society and political change that this country has seen.

But this is not going to fix the problem of the Supreme Court. And that’s why I would ask my friends on the majority side to step back and decide whether you want an issue or do you want a law?

I vote for a law and I yield back.

First codified in 1965, the Voting Rights Act (VRA) protected citizens by requiring states with historical patterns of discriminatory voting practices accountable. States that failed to meet requirements covered under Section 4 of the VRA had to preclear any changes to an election with the Department of Justice. A state could seek relief from the preclearance requirement after demonstrating to the D.C. Circuit Court that it had not committed any voter discrimination infractions within a ten-year period.

Congressman Sensenbrenner led negotiations in the 1982 reauthorization which passed the House 389-24 and the Senate 85-8 and was signed into law by President Ronald Reagan. A ceremonial signing pen hangs in Congressmen Sensenbrenner’s office.

As chairman of the House Judiciary Committee, Congressman Sensenbrenner led another VRA reauthorization in 2006. The Fannie Lou Hamer, Rosa Parks, And Coretta Scott King Voting Rights Act Reauthorization and Amendments Act passed the House by 390-33 and the Senate by 98-0. President George w. Bush signed it into law on July 26, 2006.

In 2013, the Supreme Court ruled in Shelby County v. Holder that the standard for deciding whether a state met the threshold to be covered by preclearance requirements was unconstitutional because it was based on outdated information regarding voter discrimination. The decision effectively rendered Section 5 of the VRA unenforceable.

Less than a month after the Court made its ruling, Congressman Sensenbrenner testified alongside civil rights icon Congressman John Lewis (GA-05) before the Senate Judiciary Committee in support of fixing and reinstating the coverage formula of the Voting Rights Act. Together, they introduced the Voting Rights Amendment Act the following March to restore the formula in a way that addresses the Court’s concerns. Congressman Sensenbrenner has reintroduced similar legislation in every Congress since.

The Voting Rights Amendment Act of 2019 would apply equally to every state and only covers states with five documented violations within the last 15 years.