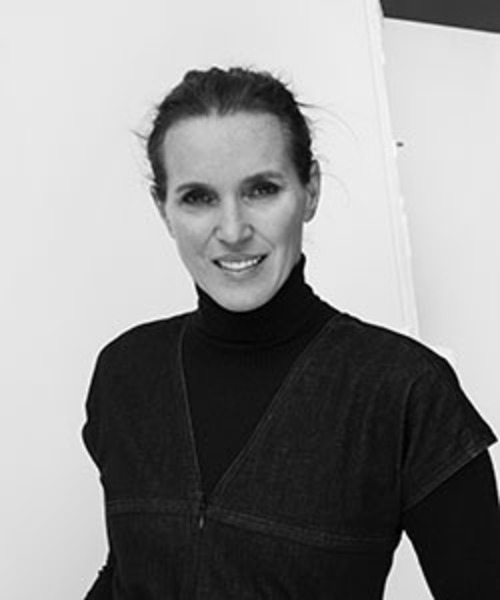 MILWAUKEE_Mexico City-based architect Tatiana Bilbao is winner of the 2019 Marcus Prize, a coveted achievement in international architecture that includes a $100,000 award and a supported design studio for students in the School of Architecture and Urban Planning at UW-Milwaukee.

Bilbao is founder of Tatiana Bilbao Estudio in Mexico City. She established the firm in 2004 as an architectural practice and urban think tank.

Supported by the Marcus Corporation Foundation and administered by the School of Architecture & Urban Planning at UWM, the 2019 Marcus Prize attracted a pool of nominees from 14 countries and five continents.

“Selecting one recipient was extremely difficult, but Tatiana Bilbao’s work has something for everyone,” said Marcus Prize juror Matt Messner, former Midwest editor of the Architect’s Newspaper. “Along with complex social and cultural considerations, her work is formally and materially rich. She is an organizer, instigator and thought leader in her native Mexico, as well as around the world through her teaching and practice.”

Bilbao will lead a sponsored studio at the school in spring 2020. She is the eighth Marcus Prize awardee, joining a roster of influential international architects. Her immediate Marcus Prize predecessor is Jeanne Gang, a MacArthur Fellow recently named to the 2019 Time 100 influencers list.

About the Marcus Prize
The Marcus Prize honors architects for their outstanding work to date—as well as their promise of greatness in the future. The $100,000 prize provides $50,000 to the winner and a further $50,000 to lead a design studio in collaboration with faculty in the School of Architecture & Urban Planning. In addition to the award itself, the Marcus Corporation Foundation provides financial support to host the selection jury and to bring the awardees to Milwaukee for the studio.

About Tatiana Bilbao
Tatiana Bilbao was born in 1972 in Mexico City, Mexico, into a family of architects. She studied architecture at the Universidad Iberoamericana, earning a bachelor’s degree in architecture and urbanism in 1996. In 1998, she won honorable mention for her career and also appreciation for the best thesis of the year. From 1998-99, she was an urban projects advisor for the Urban Housing and Development Department of Mexico City.

She founded Tatiana Bilbao Estudio in 2004, initiating projects in China, Europe and Mexico. The first project built by her studio was the exhibition pavilion in Jinhua Architecture Park, led and coordinated by Chinese artist Ai Weiwei who selected a group of young architects from around the world to design and develop a large park organized by a network of pavilions and located in the shore of the Yiwu River, close to Shanghai. Bilbao designed an exhibition pavilion that was completed in 2007. Her work is part of the Centre Pompidou, the Carnegie Museum of Art and the Art Institute Chicago.

Also in 2007, Tatiana Bilbao Estudio received a Design Vanguard “top 10 emerging firm” award from Architectural Record. The Architectural League of New York named Bilbao a 2010 Emerging Voice. Additional honors include: 2011 and 2013 CEMEX Building Award; 2012 Kunstpreis Berlin – a career award from the Akademie der Kunste, one of Europe’s oldest cultural institutions; two silver medals from the Mexican Biennale of Architecture; the 2014 Global Award for Sustainable Architecture from the LOCUS Foundation, Cité de l´Architecture of Paris and the patronage of UNESCO; 2016 Graham Foundation grant in support of the research “Twelve Archaeologies of Mexico City’s Housing at a Crossroads”;  the 2017 Architzier A+ Awards Impact Award honors.

About UWM
Recognized as one of the nation’s 131 top research universities, UW-Milwaukee provides a world-class education to 27,500 students from 91 countries on a budget of $689 million. Its 15 schools and colleges include Wisconsin’s only schools of architecture, freshwater sciences and public health, and it is a leading educator of nurses and teachers. UW-Milwaukee partners with leading companies to conduct joint research, offer student internships and serve as an economic engine for southeastern Wisconsin. The Princeton Review named UW-Milwaukee a 2019 “Best Midwestern” university based on overall academic excellence and student reviews, and the Sierra Club has recognized it as Wisconsin’s leading sustainable university.