RZA: Live From the 36th Chamber

Milwaukee Film members can purchase tickets for $36 beginning Wednesday, July 18 at 9AM 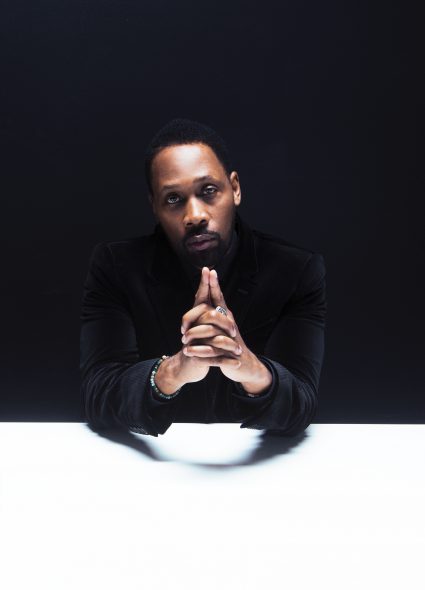 MILWAUKEE – Tuesday, July 17, 2018 – Milwaukee Film is excited to announce RZA: Live From the 36th Chamber at the Oriental Theatre, an exclusive event with Wu-Tang Clan’s chief producer performing a live re-scoring of the Shaw Brothers kung-fu classic The 36th Chamber of Shaolin. The film and live music performance is presented by Milwaukee Film as part of the organization’s Craft Cinema programming, in collaboration with Hip-Hop Week MKE.

Utilizing over two decades worth of the Wu-Tang Clan custom catalogue, every frame of the martial arts masterpiece will be re-visited and re-scored in an unforgettable, genre-blending performance. Since the conclusion of the limited tour of RZA: Live From the 36th Chamber in early 2018, this is the show’s only Midwest stop and the only remaining scheduled performance, to date.

“RZA and Wu-Tang Clan’s connection to The 36th Chamber of Shaolin is a perfect example of the transformative power of film that Milwaukee Film hopes to inspire in our community,” states Jonathan Jackson, CEO and artistic director of Milwaukee Film. “We are thrilled to welcome such an influential artist to the Oriental Theatre for what is sure to be an incredible and memorable live cinematic experience.”

Wu-Tang Clan founder Robert “RZA” Diggs has cited the immense influence that The 36th Chamber of Shaolin imprinted on the famed hip-hop group’s overall aesthetic and artistry, having become inspired by the culture and affected by the film’s story after seeing the film when he was young.

Milwaukee Film is a nonprofit arts organization dedicated to entertaining, educating, and engaging our community through cinematic experiences, with a vision to make Milwaukee a center for film culture. The organization is one of the largest of its kind in the country, with over 4,000 members and 84,000 festival attendees. Milwaukee Film recently launched the Milwaukee Filmmaker Alliance, an industry pillar with over 350 members dedicated to stimulating and growing the filmmaking economy in southeastern Wisconsin. In addition, Milwaukee Film operates the magnificent Oriental Theatre, a historic three-screen cinema committed to high-quality and accessible film and education programming. The 10th Annual Milwaukee Film Festival will take place from October 18 – November 1, 2018. For more information, or to become a member, visit us online at mkefilm.org.