Rowers from across Midwest compete during 2014 Milwaukee River Challenge

MILWAUKEE, Wis. (July 31, 2014) – Collegiate, high school and club rowers from across the region will tackle the Milwaukee and Menomonee rivers in downtown Milwaukee during the 14th annual Milwaukee River Challenge, Saturday, Sept. 20 from 9 a.m. to 2 p.m.

Racing four-oared and eight-oared Olympic rowing shells, teams will begin on the Menomonee River at 25th and Canal streets, head east to the Milwaukee River junction and turn north to Schlitz Park, located just south of Pleasant Street. The three-mile stretch is a difficult course, demanding precise bladework and strong team communication as rowers pass beneath more than a dozen bridges and battle a sharp 90-degree turn.

Teams will compete in open and junior classes in both men’s and women’s four-oared and eight-oared divisions. Last year’s race brought almost 750 rowers and 140 boats, including teams from Marquette University, UW-Madison, Purdue University, Milwaukee School of Engineering and University of Chicago. Also participating are numerous junior teams from the Twin Cities and Chicago areas, in town to challenge the local junior teams sponsored by the Milwaukee Rowing Club.

For an added challenge, select rowers from USRowing’s national women’s team will be participating for the first time this year. They will be joined by representatives from the men’s national team that has attended in the past. Both teams are comprised of world-class rowers that have competed in the Pan American Games, Olympics and world championships. Each will race eight-oared shells in their respective divisions, setting the pace for the other rowers.

Spectators are encouraged to view the races from the Harley-Davidson Museum grounds, along the Milwaukee RiverWalk and at Schlitz Park. Also providing spectacular vantage points are the many riverside restaurants and overhead bridges along the race route. Live updates for each race will be broadcast at Schlitz Park.

For information on the Milwaukee River Challenge, visit www.milwaukeeriverchallenge.com. To arrange interviews or obtain photos, contact Sebastian Raasch at 414.224.9424 or Sebastian@ebadvertising.com. 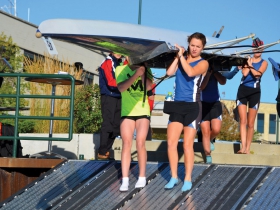 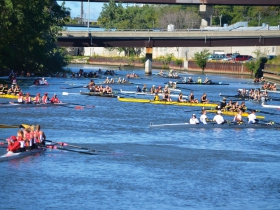 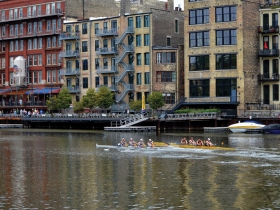 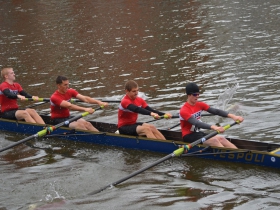 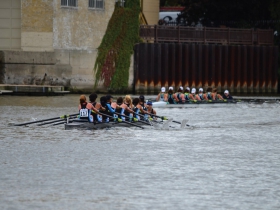 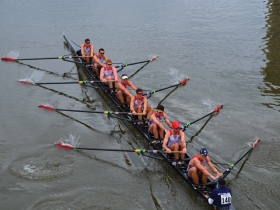