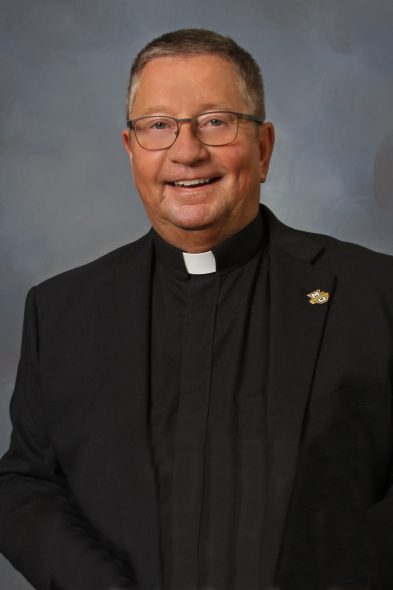 MILWAUKEE — Marquette University President Michael R. Lovell has named Rev. Frederick Zagone, S.J., acting vice president for mission and ministry, a role he will assume on Aug. 30. Father Zagone, who has been at Marquette for 20 years, has most recently served as assistant to the vice president for university advancement, a position he assumed in 2002.

“Father Zagone has been living the life of Marquette University from all perspectives and is ideally positioned to help us find God in all things,” Lovell said. “I look forward to his leadership of our Office of Mission and Ministry.”

“I am honored and humbled to serve Marquette as the vice president for mission and ministry,” Father Zagone says. “Forty years ago, I walked into the campus ministry office at Loyola Chicago as a freshman, and it changed my life — it’s what led me in the direction to become a Jesuit. While I’ve truly enjoyed and been fulfilled by my work in fundraising and alumni relations, I’m delighted to be going back to what I entered ministry for.”

Father Zagone holds degrees from the University of San Francisco, Loyola University Chicago and the Weston School of Theology (now part of Boston College). Before coming to Marquette to help lead fundraising for the Raynor Library project, he worked at Loyola Chicago, Xavier University and the University of Scranton, where he later served on the board of trustees.

Father Zagone, who entered the Jesuits in 1982 and was ordained a priest in 1993, also serves as chaplain to University Advancement, the National Alumni Association, the Association of Marquette University Women, the Marquette Parents and Family Leadership Council, the Friends of the Haggerty Museum of Art and the Marquette Women’s Council.

Additionally, he is the Jesuit in residence at Humphrey Hall and serves as minister of the Dr. E.J. O’Brien Jesuit Residence. He often celebrates Mass in the St. Joan of Arc Chapel, Gesu Church and assists at the eastside parishes in Milwaukee.