“I am honored to be named by WiLL as a Pacesetter and to earn this recognition by my peers as a public policy leader.” 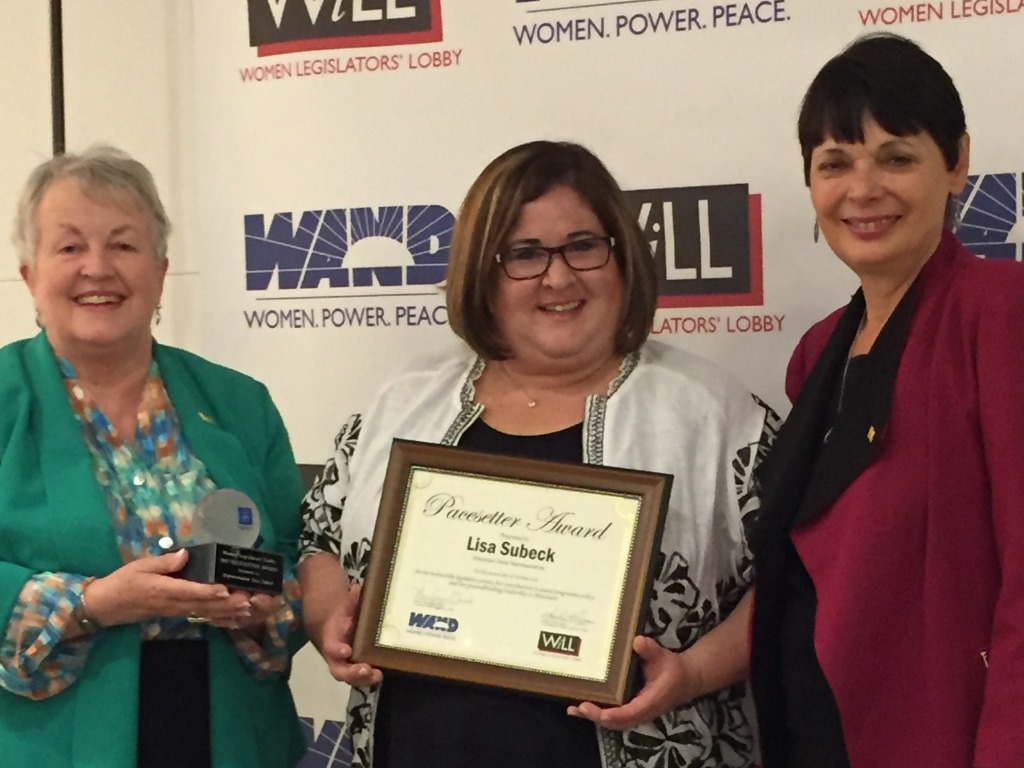 WASHINGTON D.C. – Yesterday, Representative  Lisa Subeck (D-Madison) received the Pacesetter Award from the Women Legislators’ Lobby (WiLL). The Pacesetter Award recognizes legislators who demonstrate a strong commitment to excellence in public service and whose careers reflect the invaluable contributions made by elected women in addressing today’s challenging and complex issues.

“I am honored to be named by WiLL as a Pacesetter and to earn this recognition by my peers as a public policy leader,” said Rep. Subeck.

WiLL is a national non-partisan network of women state legislators who work together to influence federal policy and budget priorities. Representative Subeck received the Pacesetter award last night at the national “Women at the Tables of Power” conference in Washington D.C.

“I am committed to WiLL’s mission of empowering and inspiring women and ensuring women have seats at the policy making table,” said Rep. Subeck. “Now more than ever we need strong, progressive women serving in elected positions at all levels of government.”

Vote by Mail Will Protect Our Health and Our Democracy