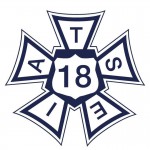 MILWAUKEE, WI — Stagehands performing property artisan work for Milwaukee’s Repertory Theater have won recognition for their union with the National Labor Relations Board and will join the International Alliance of Theatrical Stage Employees Local 18.

IATSE Local 18 filed for recognition to represent the workers on February 28th, 2020. After delays based on employer contention, defining the bargaining unit, and COVID-19 necessitated modifications on how the election would be conducted, the NLRB, after initially denying the request for an U.S. Mail election, eventually granted one. On May 7th the NLRB conducted a Zoom Meeting to count the ballots and the result was an overwhelming 80% voting in favor of the union.